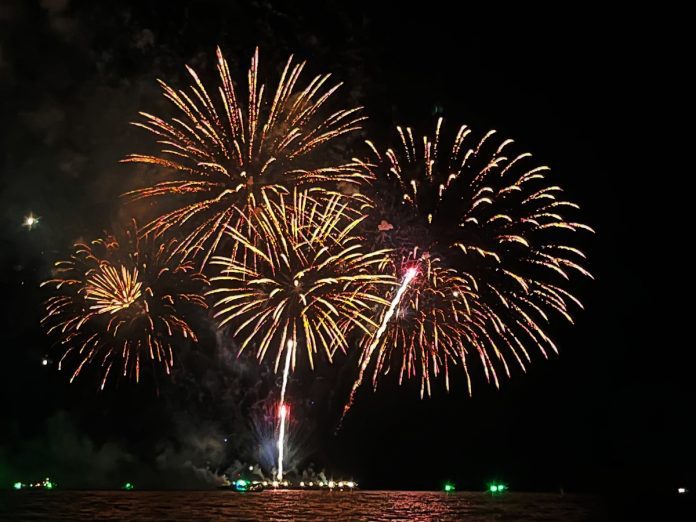 The Amazing Thailand Fireworks Festival 2022 @ Hua Hin, which was held in Khao Takiab from 24-26 June was well received, according to Mr Isara Stapanaseth, Director of the Tourism Authority of Thailand’s Prachuap Khiri Khan office.

“The feedback from the event has been positive”, Mr Isara told Hua Hin Today.

“I think that after two years, people have missed attending large events”, he added.

He said that the hosting of the fireworks festival also helped increase the occupancy of hotels, particularly in the Khao Takiab area, with hoteliers reporting a spike in bookings for two or more nights.

Mr Isara said that he expects more events to be held in Hua Hin in the coming months, now that restrictions aimed at limiting the spread of COVID-19 have been lifted.

Mr Isara said that with the hosting of future events, it is important that the Municipality, private sector and all related agencies work together to ensure the event runs smoothly.

Some of the major events that had been hosted in Hua Hin before the pandemic are also set to return in the coming months.

The Hua Hin and Cha Am golf festival, ever popular among members of the golf community in Hua Hin, is set to return in August and September.

In addition, the planning regarding the hosting of the Hua Hin food festival is said to be at an advanced stage with a formal announcement about the event expected imminently.

Also tipped to return before the end of the year is the Hua Hin International Jazz Festival, which was last held in June 2019.