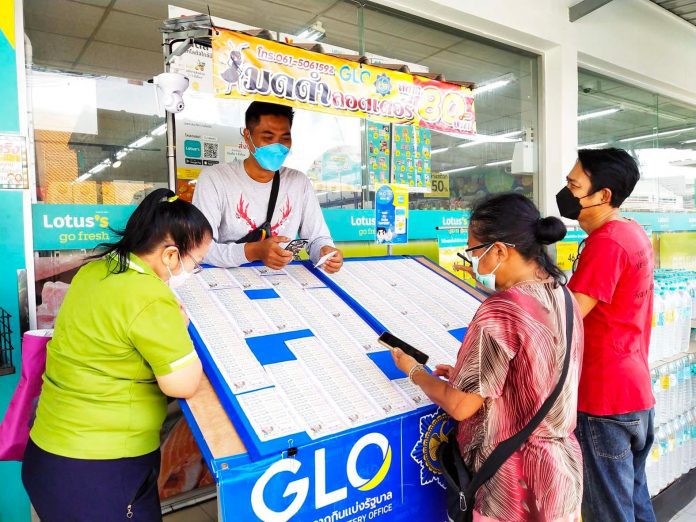 Tickets are priced at a standard rate of 80 baht, with draws taking place on the 1st and 16th of each month.

People can use the Paotang mobile app to purchase electronic tickets or to pay for a physical ticket which they then collect in person from a local vendor. Mr. Suriyan Pramwong, 40, a government lottery dealer in Hua Hin district said that many people had been using the app to reserve tickets before collecting them from him.

The new Paotang platform also received a thumbs up from local lottery player Mr. Kritthon Maneechaijidapha, 53, who said the system was convenient and easy to use.

He said that he used to buy tickets from vendors but now uses the online system as it is much easier.

However, Mr. Kritthon warned that tickets via the online system sell out very quickly, meaning that there is only a short window for people to buy them.

The fact that tickets have a standard price of 80 baht is also seen as a positive among users.

Previously, Thailand’s lottery was plagued by unscrupulous vendors over charging for tickets, sometimes selling them for between 120 and 150 baht.

When launching Paotang, the government said the new system would help tackle the problem of overcharging.

Meanwhile, such has been the popularity of the online lottery that the GLO has said it will add 2 million more tickets for the draw which is due to take place on Aug 1.

High demand saw tickets for the July 16 draw sell out just over a day after they went on sale on July 3.