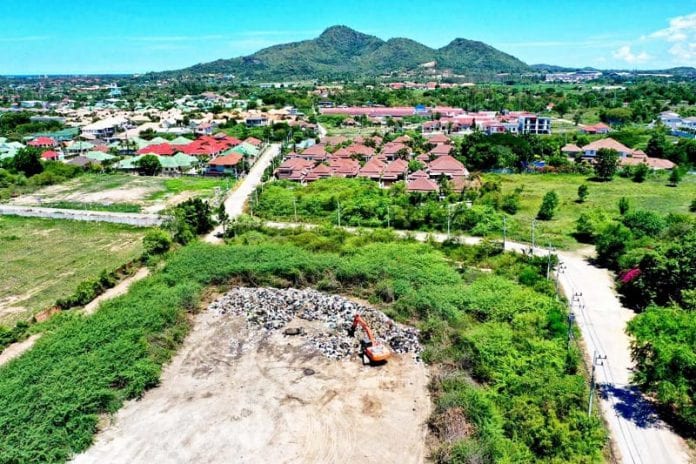 At a meeting on Tuesday, Mayor Nopporn reaffirmed his earlier promise that the land fill site will be closed, as well informing residents of his plans for the site going forward.

According to Mayor Nopporn no more trash will be dumped on the site with immediate effect and that all trash currently on the site will be removed within one month – weather dependent.

People in attendance at the meeting were told of the municipality’s recently agreed deal to send trash for disposal in Nakhon Pathom – more than 200 kilometres away.

Locals were also told the municipality has to build its own waste disposal centre over the next three to five years. A feasibility study will be carried out and suitable locations will be identified. The aim is to build a facility that will turn waste into electricity.

Mayor Nopporn thanked local for their patience regarding the situation about the land plot on Soi 102 being used as a temporary landfill site.