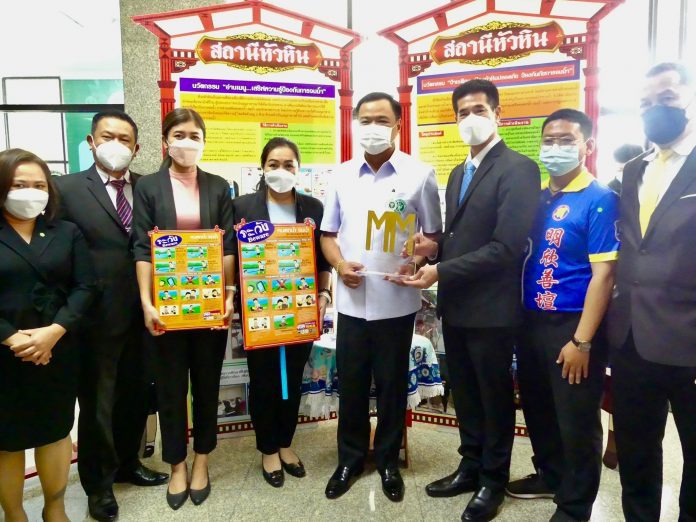 Hua Hin’s mayor has received an award in recognition of the work done locally on preventing incidents of drowning among children and adults.

The ‘Merit Maker’ award was presented to Mayor Nopporn Wutthikul by Mr. Anutin Charnvirakul, Deputy Prime Minister and Minister of Public Health, who presided over the award ceremony in Bangkok.

The project to reduce the number of deaths by drowning was rolled out by the Ministry of Public Health in accordance with United Nations’ Resolution on Global Drowning Prevention.

Multi agency teams were then formed across the country to implement improvements in safety and training at a local level. Since the start of the project, Thailand has reported a significant reduction in the number of children who have died as a result of drowning.

Mr. Anutin explained some of the strategies that had been put in place which resulted in fewer drowning deaths.

Mr Anutin said teaching children aged 6 or over how to swim or float was the main priority, children aged 12 or over were even taught how to perform CPR.

Thailand now aims to reduce the number of deaths by drowning further, with a new target aiming to bring the number of drowning deaths among children under the age of 15 down to 2.5 per 100,000 by 2027.