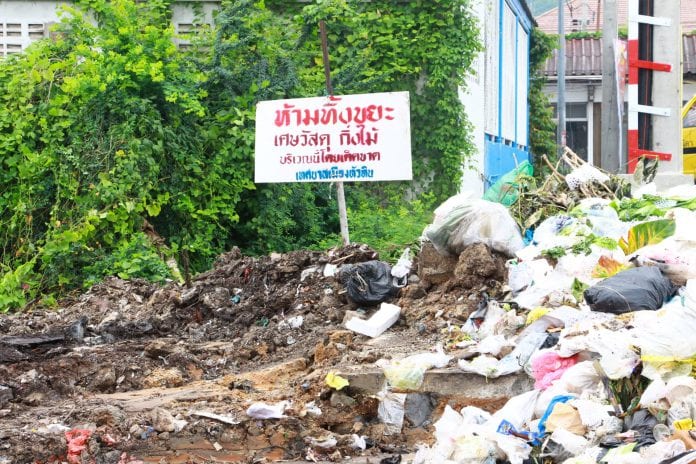 Hua Hin’s mayor has stepped in to try and solve an impending trash problem in the district.

Previously, Hua Hin Municipality sent its garbage to a landfill site located near Thanarat Camp Educational Center. However, the contract to use the site expired on July 1 and will not be renewed.

As previously reported, officials had identified a landfill site 115km away in Phetchaburi which would be used a temporary solution.

However, Hua Hin Mayor Nopporn Wutthikul on Friday told Hua Hin Today that the site in Khao Yoi district in Phetchaburi will not be used, as at this time waste can not be moved across provinces.

The mayor said he has asked the Infantry Center to help by allowing the temporary use of its landfill site in order to prevent waste from being dumped across Hua Hin.

The mayor said if the issue isn’t resolved, it has the potential to damage the image of Hua Hin and affect the plan to re-open the area to foreign tourists later this year. Therefore, the mayor has proposed the municipality uses a temporary site where waste can be disposed of.

An 18 rai plot at the far end of Soi 102 close to the so-called ’11 curve’ area has been identified for potential use. The land belongs to the municipality and a review will be carried out to see if it is suitable for short term use.

The mayor said that solving this issue is a key priority.

He said that he is aware of an increase in trash throughout the district but that him and his team are working hard to solve the issue.

Long term, it is proposed waste-to-electricity power plant will built in the province, but that will not be for between 3 and 5 years at the earliest.