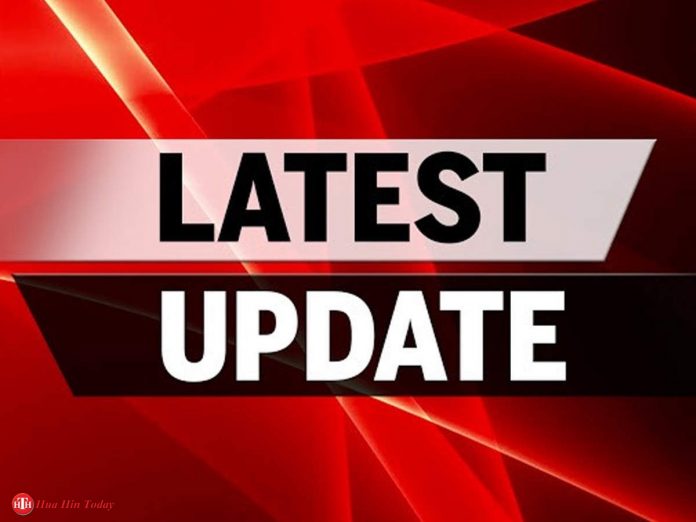 After a week of mixed messages and conflicting statements, the October 1 reopening of Hua Hin to vaccinated foreign tourists has been postponed, local officials have conceded.

Rather than reopen on October 1, new plans could now see Hua Hin and Cha Am given the green light to reopen to vaccinated foreign tourists from mid October.

The amended plans are to go before Thailand’s Centre for Covid-19 Situation Administration (CCSA) at a meeting on Sept 27.

Following the meeting, Department of Disease Control (DDC) Director General, Dr Opas Karnkawinpong said that Hua Hin and Cha Am will be able to reopen from “mid October”.

Thailand’s other tourist destinations, namely Bangkok, Chiang Mai and Pattaya, look set to be allowed to open from November 1, the Tourism and Sports Minister Pipat Ratchakitprakan said in an interview with local media.

Mr Pipat added that the ministry would submit the adjustment to the Centre for COVID-19 Situation Administration (CCSA), the country’s COVID-19 task force, for approval on Sept. 27.

“From the assessment of the current COVID-19 situation and the overall readiness in various fields, we would like to postpone the reopening timeline of these key cities further,” said Pipat.

“One of the important criteria that we have to meet before reopening is to have at least 70 percent of the population in those areas fully vaccinated, but this target has not been met,” he said.

Mr Pipat’s comments echo those made earlier this week by Thanet Phetsuwan, deputy director for communications and marketing at the Tourism Authority of Thailand (TAT).

Meanwhile, his boss, TAT governor Yuthasak Supasorn also said the reopening would be delayed to Nov 1, telling Reuters, “cities we’ve targeted have not reached 70% vaccination rates and so we have to push out the date to November.”

Meanwhile, local officials have now conceded the reopening of Hua Hin on October 1 will no longer go ahead and will be postponed to a later date.

The provincial public health of Prachuap Khiri Khan Dr. Suriya Kuharat agreed to postpone the opening of Hua Hin to a later date,

Dr. Suriya said the postponement of the opening of the city will be an opportunity for entrepreneurs to develop better service and safety standards.

Mr. Krot Rojanasathien, the chair of the Hua Hin Recharge Project, said that while the 70% vaccination target for Hua Hin will be reached by the end of September, a further two weeks is required in order for immunity to build amongst people who have received the vaccine.

Therefore, it would be more appropriate to postpone the plan to reopen Hua Hin for foreigner tourism from October 1.

Part of the remit of the group will be to create a response plan to in the event there is a surge in infections after the reopening.

One item currently being discussed is to advise people travelling to the 14 provinces in Southern Thailand to avoid Hua Hin by using the Cha-Am to Pranburi bypass road, in order reduce the risk of potential infections in the town.