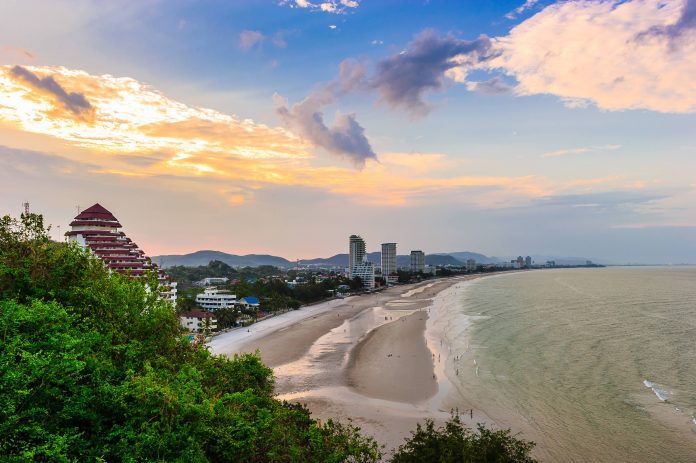 Hua Hin is on course to re-open to international tourists on October 1, after the town reached a major vaccination milestone, officials have said.

At meeting on Wednesday (Aug 11), Mr. Phromphiriya Kitnuson, Deputy Governor of Prachuap Khiri Khan met with officials from the public and private sectors related to tourism to provide an update on plans to re-open Hua Hin on October 1.

The good news is that officials said the reopening plans were still on track and significant progress had been made with the rollout of the vaccine to workers in Hua Hin’s tourism industry.

However, there was still some work to be done with regards to reaching the target of vaccinating 70 percent of the local population before the re-opening can go ahead. Officials said that around 30 percent of the local population – some 30,564 people – had received a COVID-19 vaccination, some way short of the 70 percent target.

The meeting heard that was Hua Hin was in stage 3 of the Thailand’s plan to re-open to foreign tourists, with stage one starting with the Phuket Sandbox and Samui Plus programs, while stage 2 is expected to include Phang Nga and Krabi.

Meanwhile, Krot Rojanasathien from the Hua Hin Recharge project, said that 100,000 tourists would visit the resort between October and December this year, generating some 1.2 billion baht for the local economy.

Local TAT representative Isara Sathapanaset also outlined the steps needed for foreigners to visit Hua Hin, which includes proof of vaccinations and testing during their stay.

Officials also noted that better liaison with Cha Am in neighbouring Phetchaburi for inclusion in the reopening project.

While the Deputy Governor of Prachuap Khiri Khan Province said there also needs to be a contingency plan and measures in place to ensure tourist’s safety in order to help build confidence among tourists who visit Hua Hin, there was little mention of the fact that the province is currently under the strictest of restrictions and has seen a rise in COVID-19 cases in recent weeks.

The news also comes just weeks after officials had said that Hua Hin’s October 1 reopening plan seemed unlikely due to the worsening COVID-19 situation in the country and the slow rollout of the vaccine nationwide.