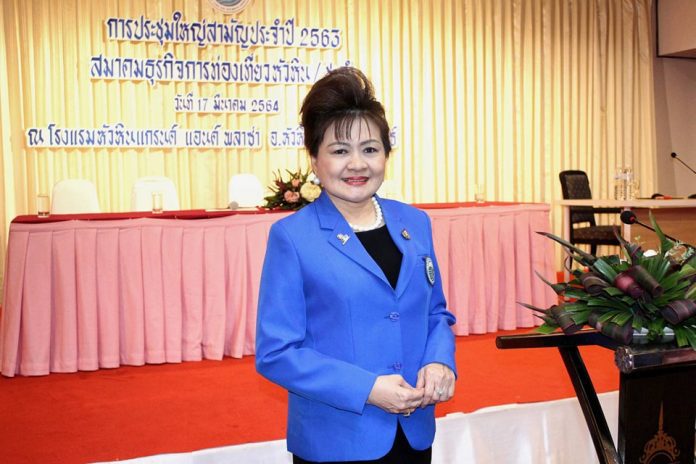 A senior figure from the tourism sector in Hua Hin and Cha Am has called on the Tourism Authority of Thailand (TAT) to provide greater support for small hotels and guesthouses in the area.

Mrs. Wassana Srikanjana, President of the Hua Hin – Cha-am Tourism Business Association has said TAT should do more to ensure that small hotels in Hua Hin and Cha Am can benefit from the stimulus packages aimed at boosting domestic tourism in Thailand.

Schemes like the government backed ‘Rao Tiew Duay Gun’ or ‘We Travel Together’ has offered discounted rates at thousands of hotels throughout Thailand.

However, according to Mrs Wassana, tourists who have used the scheme have predominantly booked rooms at 3-5 star or medium to large hotels, especially during long weekends where occupancy rates have reached 80-90%.

While the scheme has been successful in increasing bookings at larger hotels, small hotels in Hua Hin have not benefited to same extent.

Mrs Wassana said that during a recent meeting with Yuthasak Supasorn, Governor of the Tourism Authority of Thailand, she proposed that TAT find a way to assist small hotels so they can gain a greater share of the government’s tourism promotion.

The TAT offices in Prachuap Khiri Khan and Phetchaburi have been tasked with gathering information on small hotels in the Hua Hin and Cha-am areas before a formal proposal is then put to the government for further consideration.

The news comes as TAT governor Yuthasak Supasorn has called on the government to extend the We Travel Together subsidy scheme into next year.

The current scheme is due to end of January next year.

However,  Mr Yuthasak has said that he will ask the government for an extension until April next year.