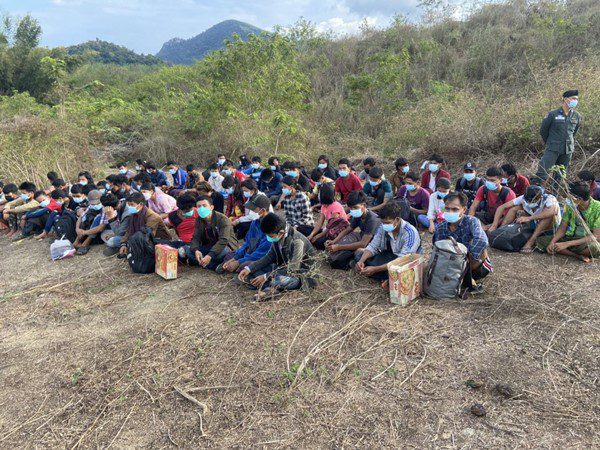 Twenty of the workers tested positive COVID-19 and were transferred to the Phetyothin Camp Field Hospital in Phetchaburi Province.

Officers were able to apprehend the group after receiving a tip off on Sunday that people were hiding in undergrowth near the reservoir.

A short time later border officials and local police were able to locate the group. Officers said the group told them they had entered Thailand along the natural border in Prachuap Khiri Khan and had paid an agent 15,000 baht each to Phu Kam Reservoir where they were due to meet another agent.

The group were charged with unlawful entry and will be returned to their homeland, officials said.

The agents who were hired to transport the group remain at large.