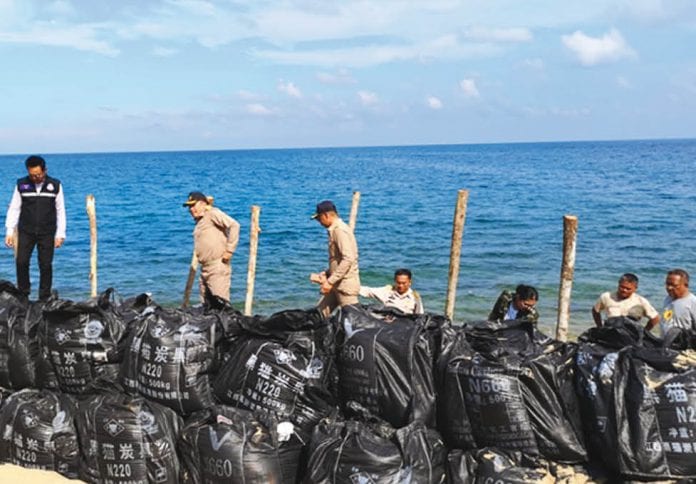 Community members of Thung Pradu Bay in the Thap Sakae District of Prachuap Khiri Khan have voiced their concerns with an apparently botched attempt to form a seas wall to protect the beach from erosion and storm damage.

It has been alleged that a contractor has abandoned the project leaving large plastic bags filled with what has been described as carbon dust. Previously white sand-filled bags made of nylon had been in place although erosion problems had persisted.

The villagers are concerned both with the continuing erosion threatening some homes
but also the environmental issues of the ‘carbon dust’ on the environment including respiratory tract issues. They have needed to take action themselves to stop the erosion in the short term. 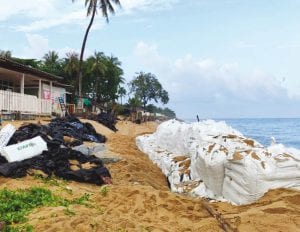 Mr. Pirom Nilaya, Deputy Governor of Prachuap Khirikhan Province and other officials have visited the area to address a meeting of more than 30 people affected. As well as having provincial departments speed restorative work, Mr Pirom said that he had consulted the environmental academics of the Ministry of Natural Resources and Environment and been assured that the bags have little impact on respiratory issues.

The black bags will not be removed to avoid increasing erosion until the long term construction is completed. Thung Pradu is around 130 kilometres south of Hua Hin. 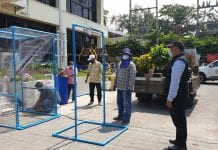 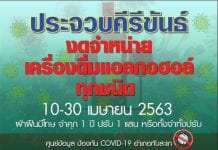