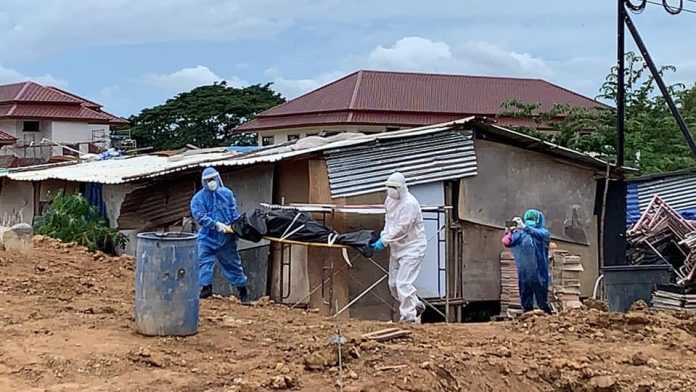 Health officials are investigating the death of a migrant worker in Pranburi.

The 46 year old woman from Myanmar was found dead near a worker’s camp located next to the new dual track railway at Pranburi railway station.

There was no evidence of wounds or injuries on the woman’s body.

First responders said they found food bags and medicine bottles next to the woman’s body.

The woman is believed to have been part of a group of ten people working locally.

People from a neighbouring workers camp said they did not know the woman but had seen her coughing heavily in recent days and following her death, were fearful the woman may have had COVID-19.

Health officials said the woman’s body will undergo an autopsy and COVID-19 test in order to establish an official cause of death.