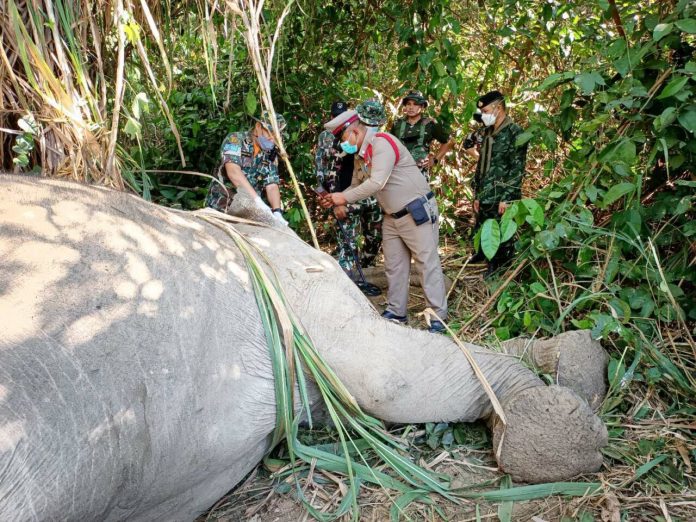 An elephant who was found in Kaeng Krachan National Park with at least 20 gunshot wounds has died, wildlife officials have confirmed.

The 60 year old elephant, which weighed more than 5 tonnes,  was found severely injured near the Ka Rang 3 reservoir in Pa Daeng sub district on January 10.

Officials said the elephant had suffered at least 20 gunshot wounds to its body and head.

The wounds left the elephant in a critical condition, which resulted in it suffering from sepsis and anaemia, as well as inflammation of the liver and kidney.

Veterinarians said they were able to remove most the the pellets from the elephant, which they believe came from a 9 calibre shotgun and had been monitoring its condition over the last two weeks.

However, due to the severity of its injuries it fell into a coma and later died.

An investigation has been launched in a bid to find those responsible for the elephant’s death.