After more than two decades, owner Khun Tawee Kesa-ngam, is to hand the day to day running of the Artist Village to his son, Krit.

Also known as Baan Sillapin, the Artist Village has been open for 22 years and acts as the central hub for Hua Hin’s creative community.

During that time, Khun Tawee, along with his brothers, sisters and other family members, created the Artist Village, which today is recognized as one of the region’s leading cultural attractions. Khun Tawee said that handing over the management of the Artist Village to his son will help to support the next generation of artists not only in Hua Hin but throughout Thailand.

“I want to give an opportunity to the new generation of artists for the city of Hua Hin, Prachuap Khiri Khan and Thailand. My wife and I have already delegated all the daily tasks involved in running the Artist Village to our son. We will simply monitor his progress and ensure the Artist Village continues to develop like it has in the past,” Khun Tawee Kesa-ngam said.

Mr Krit said he will make every effort to continue the good work of his parents and will embark on a new era for the Hua Hin Artist Village.

After receiving his degree he started working as a writer for advertising journals and eventually started designing logos for numerous public and private organisations in Thailand and overseas.

He gained recognition and commendation from clients around the world for the quality of work and designs he provided to them. Krit is also an accomplished English speaker, which will help him to communicate with tourists and expats who visit the Artist Village. Outside of work, he is a keen musician and guitar player.

Krit says that his work going forward will be to maintain the heritage of the Artist Village, while at the same time making sure the organisation is modernised for the so-called “IT era”.

He plans to boost public relations and awareness to help inform both Thai and foreign visitors of new developments and upcoming events happening at the Artist Village. He will also implement effective cost-profit management performance measures, as well as managing the internal space for various festival activities.

And that’s just the start.

Later a series of events and initiatives will be held aimed at boosting the profile of the Artist Village among both Thai and foreign visitors.

The events will help to attract visitors including those from Europe, Scandinavia, and ASEAN, to visit and experience firsthand the many different aspects of the Artist Village.

There are also plans to link up with the local administration, including the Subdistrict Administrative Organization, at municipality, district, and provincial levels in order to help showcase not only the Artist Village but also Hua Hin.

Mr. Krit added that Hua Hin’s proximity to Bangkok, which can be reached after a few hours of driving, makes it a popular destination for both Thais and foreigners. Hua Hin’s beaches, temples, historical landmarks, and cultural attractions are just some of the many reasons why people like to visit Hua Hin, Mr Krit said.

“After graduating from college, I went on a trip to Saigon, Ho Chi Minh City, Vietnam, where I discovered that after the war, the government had adopted a style of life in which the cultures and traditions of the old and the modern were blended to attract tourists, including at historical landmarks, old towns, and bombers erected for visitors to see,” Mr Krit said.

It is this approach of blending old with new that he sees as the concept for the Artist Village going forward.

If you have never been to Hua Hin Artist Village, it really is well worth visiting.

It has undergone significant expansion in recent years and now features an excellent coffee shop, as well as a host of workshops, studios and galleries which showcase pieces from both local and national artists.

At the workshops, guests can take part in a variety of arts and crafts activities, many of which are also suitable for children. 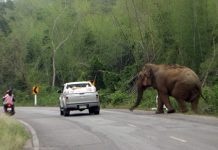 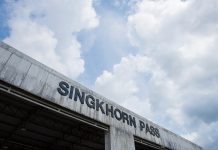