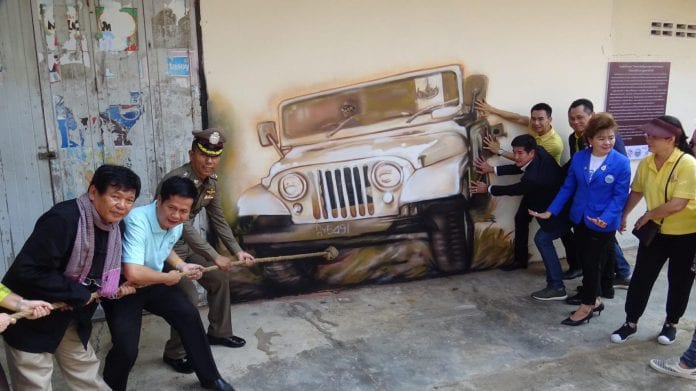 Ms. Wasana Srikanjana, president of Hua Hin-Cha-am Tourism Business Association (TBA) announced that the Tourism Authority of Thailand (TAT), Prachuab Khiri Khan and Hua Hin Municipality had recently organized the project “Khao Tao Street Arts”.  It is aimed to boost local tourism as well as passing down the history of Khao Tao to the young children of ​​Khao Tao Village and Khao the Tao Reservoir area.

In commemorating the royal kindness of HM King Maha Bhumibol Adulyadej and the 60th year anniversary of TAT, this project was also created to attract visitors and further generate revenues of the small communities in Baan Khao Tao. The community itself boasts of its beautiful nature sceneries, mountainous forests and stunning beaches.

The allocated budget for the “Khao Tao Street Arts” was set at 90,000 Baht and has designated 8 spots to display the 8 different paintings and artworks. The paintings were drawn by 5 artists including an apprentice of Professor Thawan Duchanee who was a well-known national artist.

Thawan was a contemporary painter, architect and sculptor with an international reputation. He was once recognized as the National Thai Artist in Fine Arts and Visual Arts by the National Culture Commission of Thailand in 2001.

Nararat Thawinanan (Thawan’s apprentice), nicknamed Abi, and the other artists painted the 8 artworks on the walls surrounding the Khao Tao village. His artwork features important assets of the community such as the old fishing village, sea creatures, floral gardens, etc.

One of the historical incidents being painted on the wall was an image of the royal jeep of King Rama 9, which the King himself drove to visit the village in Khao Tao circa 1958, got stuck in a mud hole somewhere in Thung Takat area.

Phanom Chorjan, a 4th year primary school boy at the time, saw the jeep couldn’t move so he ran out to find more people to help push the jeep out of the mud hole. Back then, Phanom had no idea that the driver of the jeep was King Bhumibol himself.

HM King Bhumibol Adulyadej and HRH Queen Sirikit returned to Klai Kangwon Palace after their royal wedding. During their stay, the King had set up numerous projects in and around Baan Khao Tao. Most of the King’s projects were seen painted on the front walls of coffee shops around the village. 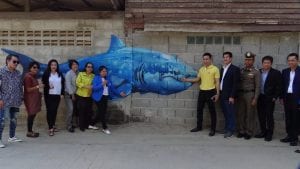 The paintings of the “Khao Tao Street Arts” took the artists 4 days to complete from January 8th to the 11th. The official opening ceremony was inaugurated on January 12. 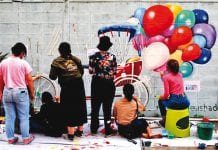 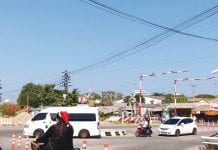