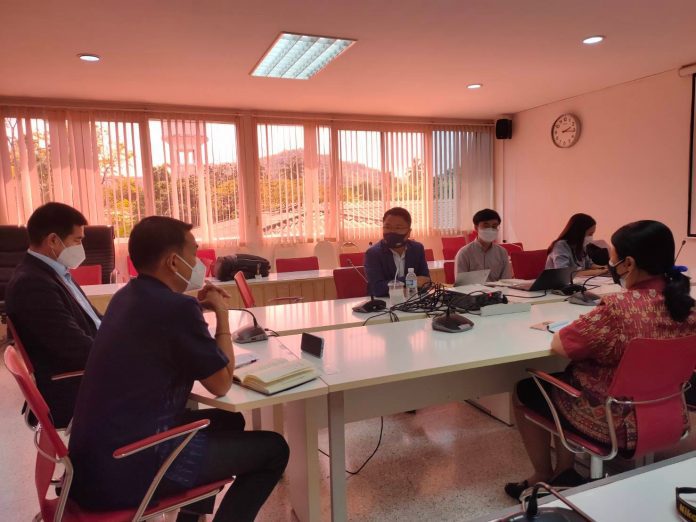 Mr. Lee stated that two cities in Korea, Songdo and Busan, have already designated their cities as “Smart Cities”.

Both cities include traffic and transportation management systems, the use of clean energy such as wind and sunlight, flood protection systems, burying electric cables, and preserving the city’s environment, all in accordance with the Korean government’s policy – much of which is similar to the plans put forward to develop Hua Hin into a ‘smart city’.

“If the municipality of Hua Hin wishes to become a “Smart City,” our company is ready to design it.” Mr. Lee said. During the meeting, Mayor Nopporn explained that Hua Hin has a rich history as a tourism destination, which is still prevalent today.

As a result, the municipality wants Hua Hin to be a city for retirees both Thais and foreigners, a city of medical tourism and wellness, and a city for remote workers.

Mayor Nopporn asked the Korea Gyeonggi Business Centre to come up with designs for Hin Hin as a “Smart City”.

If the designs are accepted, Korean firms will be invited to invest in the Smart City project, Mayor Nopporn said.