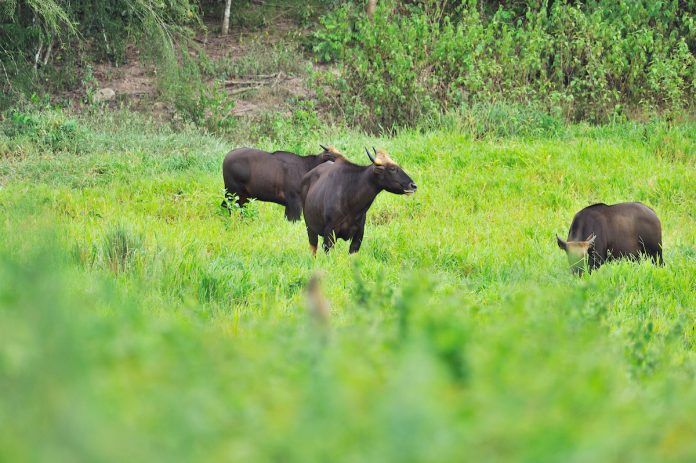 DNP Veterinarian Pattarapol Maneeorn said teams are on stand-by to treat wild animals suspected of being infected. Treatment of farm livestock has shown that the infected animals have a high chance of survival if they can be rounded up and tested.

He said park officials have also been sent to build artificial dry licks, containing essential minerals, to boost local animals’ immunity. Based on footage from surveillance cameras at 12 locations, 66 gaurs and four bulls are suspected of having the disease.

Mr. Pattarapol said surveillance is being stepped up in the parks, after a dead gaur found in Kui Buri national park was confirmed to have been infected, adding that, although only one case in wild animals has been confirmed since the outbreak was reported several months ago, there are several suspected cases scattered across the national parks.