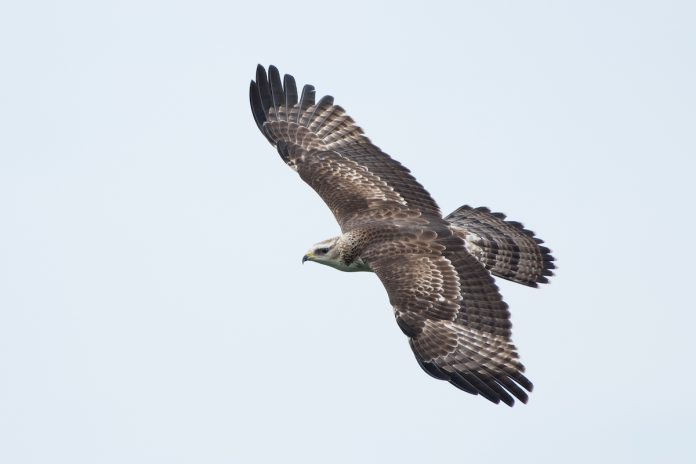 The annual raptor watching festival has got underway in Prachuap Khiri Khan.

Between now and the end of November, bird watchers will be able to witness the migratory raptors from the observation point at the top of Khao Pho in Bang Saphan Noi.

Over the next three months, eagles and falcons from China, Russia, India, the Siberian Mountains, and the Himalayas will migrate from colder climates and to the forests and palm plantations around the Khao Chai Rat Subdistrict. When they arrive in Thailand, the birds will pass the Phetchabun mountains in the northeast before going south to Dong Phaya Yen Mountain. They pass through central Thailand before going south towards Samut Sakhon, Samut Songkhram and Phetchaburi before flying over Prachuap Khirikhan towards Chumphon and finally Malaysia.

As many as 1.6 million raptors are expected to migrate to the area, including Imperial Eagles, Steppe Eagles, Greater Spotted Eagles, Pied Harriers, Shikras, and Peregrine Falcons. According to Mr. Komkrit, Khao Pho in Bang Saphan Noi is a selling point for nature tourism in Prachuap Khiri Khan and he invited both Thais and foreigners to view the migrating raptors. Mr. Komkrit said that the morning is the best time to view the birds.

When visiting the top of the mountain, visitors should be able to observe the birds with the naked eye, but binoculars will be available for viewing from a distance as well, Mr. Komkrit said.