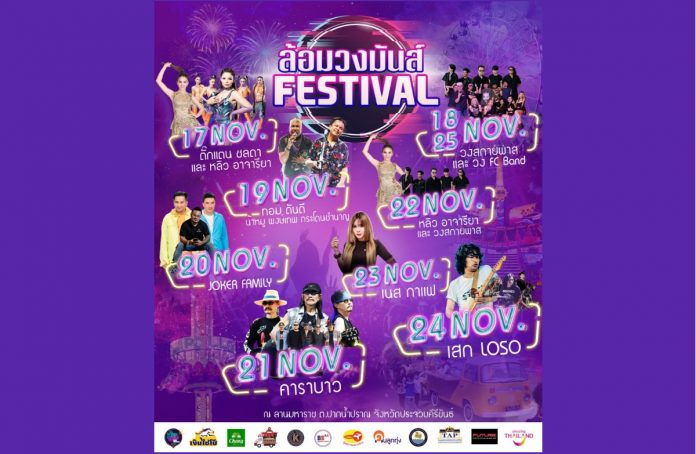 Some of Thailand’s best known artists are to perform in Pak Nam Pran in November.

The event will see well known names such as Tom Dundee, Carabao and rocker Sek Loso perform across the nine nights.

The festival, which is being organised in conjunction with the Tourism Authority, will also feature a host of other entertainment, including an amusement park, cargo caravans, walking streets and food trucks.

The event schedule is as follows: