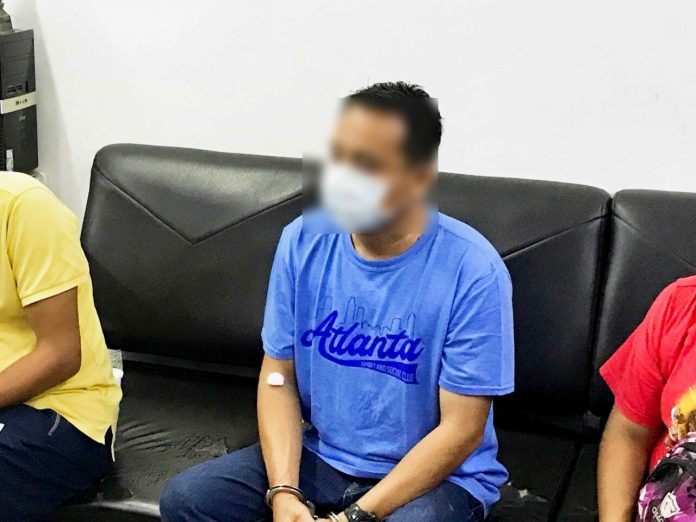 Police have arrested a man who shot dead his wife in the parking lot of Market Village Shopping Mall in Hua Hin.

Hua Hin Police received a report of a shooting on the mezzanine level on the second floor of the car park at approximately 4.30pm on Sunday afternoon.

At the scene police found the body of the 31 year old victim, who is from Pranburi, inside a white Honda car. She had suffered a fatal gunshot wound to the head.

Police later arrested her 45 year old husband, who police said is a local man who works delivering vegetables to hotels.

Police said the couple had been frequently arguing about money. The suspect told police he and his wife had visited Market Village but again began arguing about their lack of money.

The argument escalated and the man said pulled out the gun, which he had recently bought for 30,000 baht, from inside the vehicle and shot his wife dead at point blank range.

The man said he then locked the door of the car and walked out of the shopping mall to a motorcycle taxi which took him home to his house in Hua Hin district.

He said he then attempted to kill himself but was stopped by his brother.

The man was later arrested and is currently being held at Hua Hin police station where he faces a murder charge.