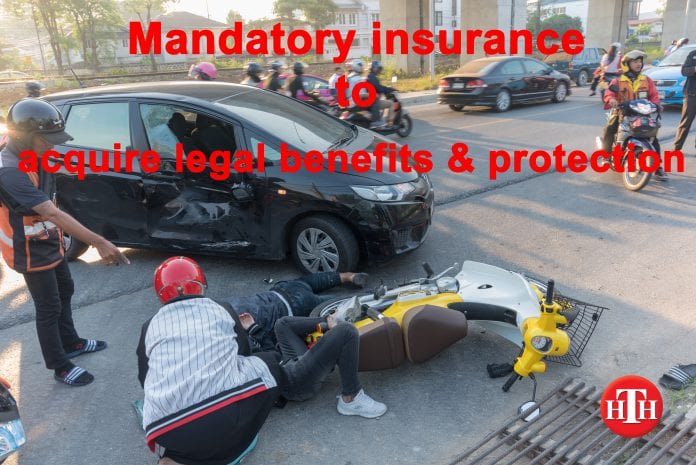 5th March, Prachuap Khiri Khan – The office of Insurance Commission (OIC) is speeding up the campaign to raise awareness of drivers to take compulsory insurance to gain legal benefits and protection.

The Deputy Governor of Prachuap Khiri Khan Mr Chatri Chanveerachai has presided over the opening of the “Unity Insurance Project” under the Vehicle Accident Victims Protection Act, B.E. 1992.

This project has been attended by many government leaders, teachers, students of Prachuap Khiri Khan Technical College and many more.

The project is organised by OIC in Prachuap Khiri Khan Province and Prachuap Khiri Khan Non-Life Insurance Club, in order to promote local residents to realise the importance of insurance which even if an accident occurs, will be protected according to legal conditions.

According to the statistics in Prachuap Province, most of the accident victims were motorcyclists and did not have legal insurance which resulted in not receiving insurance benefits.

In addition, the activity was also campaigning for people to have knowledge, understanding and see the importance of insurance and create awareness of safe driving.

Prachuap Khiri Khan Provincial OIC office realise the importance and develop such a project to target motorist without helmet or insurance.

It will arrange registration with the traffic police and publicise the duties and benefits that will be received from compulsory insurance, which the project has given 140 helmets to substitute for the fine.