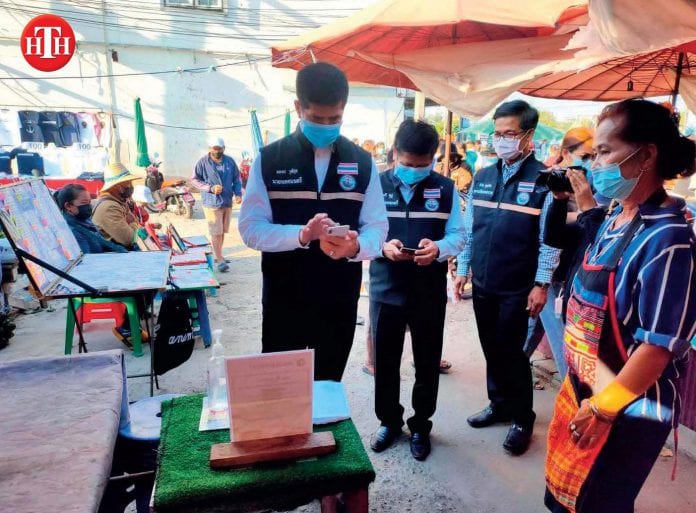 The Deputy Director of Election Commission of Thailand (ECT) (Prachuap Khiri Khan) Chalongrit Sri Sung Noen disclosed the budget to be used for the upcoming March provincial election in all 16 regions.

The provincial electoral committee allocated the budget as follows:

Hua Hin Permanent Secretary Jirawat Pramanee, who’s also acting as electoral director for the local government, also added that the municipality has prepared a 4-million-baht budget to hold the election of mayors and council members in all three zones, occupying a total of 64 polling stations.

The management of all polling stations will also follow the guidelines implemented by the ECT in reducing the election’s miscellaneous costs by using the screening equipment for voters such as thermo-scans in the provincial administrative election held last 19 December.

In regard of the Hua Hin Municipality, three mayoral candidates will be running in the election namely, the current mayor Nopporn Wuttikul, wellknown former senator Than Awsuwan and the outstanding politician Udorn Olsson.

In addition, a newly formed party called the ‘Hua Hin Kao Na’ that will be represented by a well-known former police officer might be joining the three candidates to compete in the March election.

According to a recent political survey, Udorn Olsson has a leading chance of winning the upcoming election against the prominent current mayor Wuttikul as Udorn himself has been communicating directly with the people in understanding their needs and promising significant economic changes throughout the district. Mr Olsson had been well prepared and knows where Hua Hin should be heading.

As for the former provincial senator Than Awsuwan who has although been quiet and inactive in the election campaign, is somehow a well-known figure for the locals who has a compelling reputation of helping people in times of need and constantly trying to uplift the livelihood of the communities in general.

But Mayor Nopporn and his team is still active currently, and had the advantage of being the mayor for two terms, and have performed a considerable amount of services for the city in the past. The three major candidates have been under the watchful eyes of the public since the campaign started last year and will soon be revealed on 28 March as who will be the mayor that will lead Hua Hin into a better tomorrow.