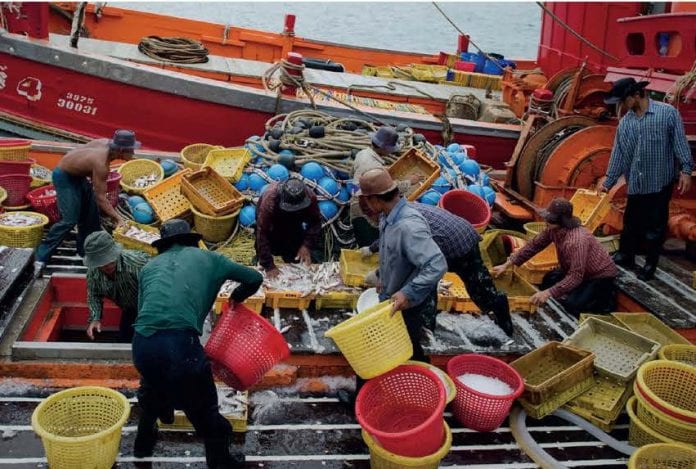 Also present during the discussions were Governor Panlop Singhaseni and representatives from relevant government agencies, the private sector and the local chapters of chambers of commerce and the Federation of Thai Industries. The governor brought the meeting up to date on the main issues facing the province:

Productions had been halted due to pandemic-induced border closures and were expected to resume in November. If the affected industries are unable to bring foreign workers back in by the end of the year, the province will suffer labour shortages to the tune of hundreds of workers. The Agriculture Minister said the government would address the labour problems as soon as possible.

However, a firm timeline was not offered, given uncertainties surrounding the availability of effective Covid-19 vaccines. Given the persistence of the pandemic in many parts of the world, the government has urged the public not to let their guard down and instructed local government agencies everywhere, including in Prachuap Khiri Khan, to maintain strict public health measures.

The Prime Minister has also stressed that any new surge of infections would complicate the country’s economic recovery and further endangers people’s livelihoods.