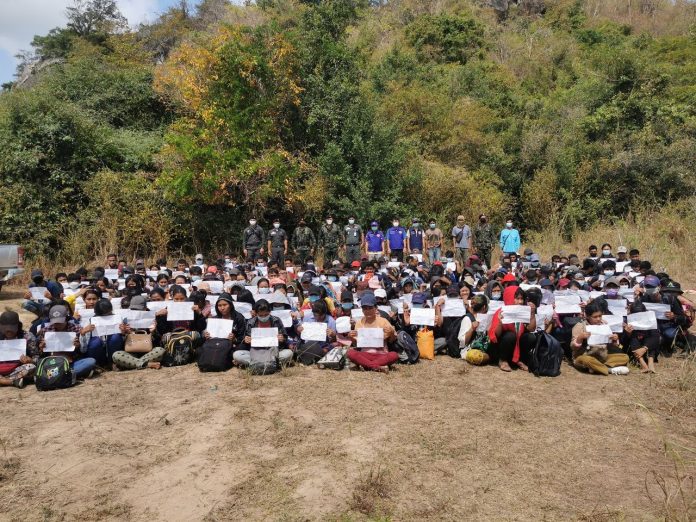 More than 300 job seekers from Myanmar have been caught trying to cross into Thailand along the border at Mueang Prachuap.

On Friday (Feb 4) security forces announced that 344 people were caught along the natural border in Koh Lak.

Officers said the group were found hiding in bushes and undergrowth.

The workers told officials that the majority of them came from Makui, Mandalay and Mawlamyine provinces and had stayed in Mudong Village in Myanmar, which is located about 3 kilometres from the border at Singkhon, before attempting to cross into Thailand. The workers said they had each paid a broker between 20,000 and 25,000 baht to take them across the border with a promise of being given work in Samut Sakhon province.

However, while they were waiting for the broker to arrive, the security forces apprehended them first.

The workers will now be returned to officials in Myanmar in accordance with an agreement in place between the two countries which states that any migrants who are caught entering Thailand within 3 kilometers of the border in Prachuap Khiri Khan can simply be returned to officials in Myanmar, rather than being arrested and undergoing formal deportation.