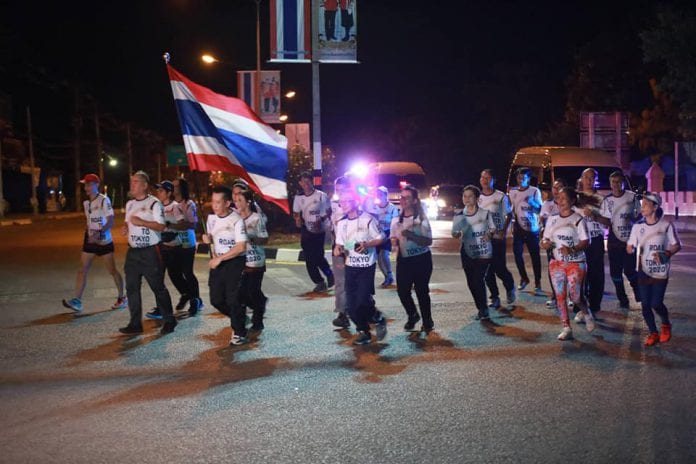 The event, which will see runners complete a total 92.6 kilometers in 61 days throughout 35 provinces across Thailand, took place at at 4:30 am at the Central Stadium of Prachuap Khiri Khan Province.

Mr. Chatree Chan Virachai, Deputy Governor of Prachuap Khiri Khan Province was on hand to kick off the event and he also joined the run to to help carry the Thai flag a distance of 1 km.

The National Flag Run event, which started in Bangkok on March 28th, will see the Thai flag carried by 4,568 bearers including athletes, celebrities, and members of the public before being delivered to Suvarnabhumi Airport to take off along with Thai Olympic athletes to Japan on May 27th.

The first runner to hold the Thais flag was Lieutenant Commander Somrak Khamsingha, the first Olympic Games gold medalist hero in the history of Thailand.

The aim of the event is to create awareness of the Olympic Games that will be held in between 23 July – 8 August 64 in Tokyo, Japan.