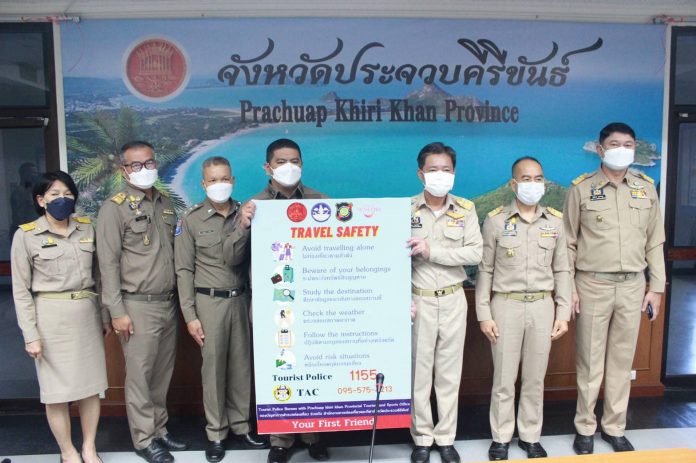 Officials have launched a new public relations campaign in an effort to boost safety and confidence among tourists visiting Prachuap Khiri Khan.

The campaign will see signs, which include safety tips for tourists in both English and Thai languages, displayed at various locations throughout the province’s eight districts. The campaign was launched to coincide with Prachuap Khiri Khan being reclassified as a ‘blue zone’ province.

Previously only Hua Hin and Nong Khae districts were blue zones – a status given to certain areas in Thailand to help facilitate tourism.

But as of June 1, all of Prachuap Khiri Khan province is now a blue zone, which means an easing of restrictions for many businesses, the most notable being that approved venues can serve alcohol and open until midnight.

Meanwhile, it was also announced that the State Railways of Thailand has arranged for the 168 Kantang – Bangkok train to make an additional stop at Ban Krut Station in order to facilitate tourists travelling on the Southern train line.

While the COVID-19 situation continues to improve in Thailand, passengers were also reminded they must wear a mask at all times when travelling by train.