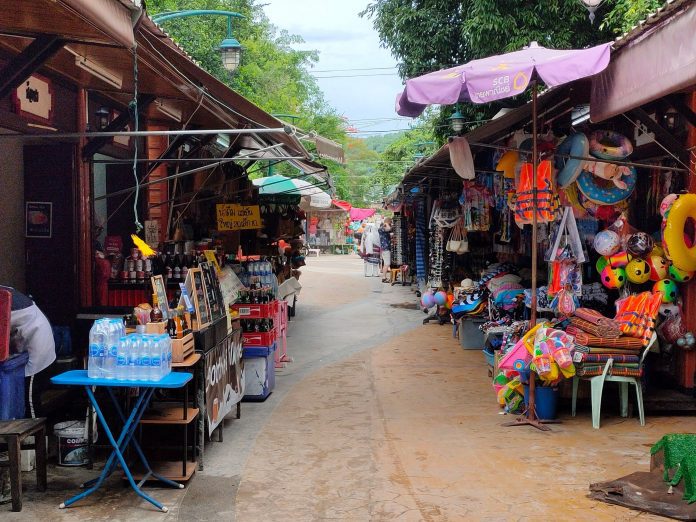 Officials from Hua Hin Municipality have held a meeting after receiving a complaint about vendors blocking access to the main entrance point to Hua Hin Beach.

On Monday (May 23) Mr. Nopporn Wutthikul, Mayor of Hua Hin, presided over the meeting which was attended by municipal officials and local vendors.

The meeting took place after a complaint was raised by Jeerawat Prahmanee, Municipal Permanent Secretary, that vendors along Damnoen Kasem Road at the entrance to the beach next to the Centara Grand Beach Resort & Villas Hua Hin were encroaching into the road. It was claimed that some vendors were exceeding the designated areas of where they are legally allowed to trade.

Some vendors were encroaching by more than 2 metres in front of their shops, which caused congestion for both vehicles and pedestrians.

There were other issues too.

The meeting heard there were also problems with trash being incorrectly discarded and was collecting behind some of the shops. Not only did the issue cause problems for tourists going to and from the beach, it also gave a negative image of Hua Hin, Jeerawat said.

It was requested that municipal staff should regularly visit the vendors who align the street at the entrance to the beach to ensure that the rules are being followed.

On Wednesday (May 25) municipal officials say they will visit the area and any vendors who are found to repeatedly breach the rules can expect to face legal action.