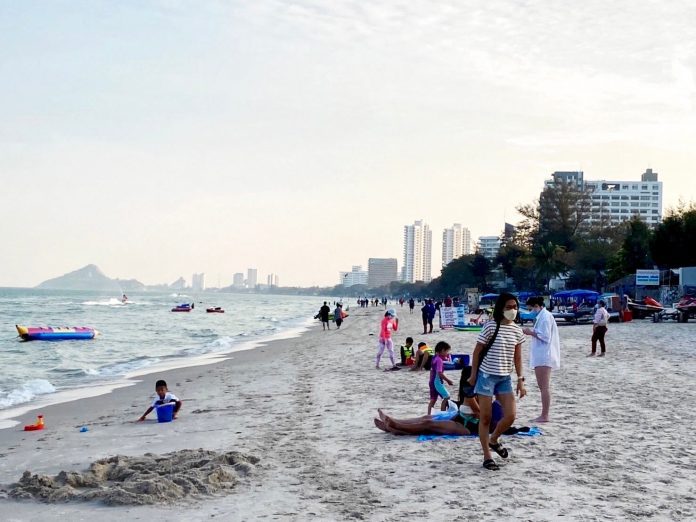 The discovery of the omicron variant of COVID-19 in three British tourists in Hua Hin will have little impact on the local tourism industry for this New Year, a senior official has predicted.

Krod Rojanastien, president of the Thai Spa Association and head of the Hua Hin Recharge programme has said he does not believe the omicron cases will affected tourism in Hua Hin during the holiday season.

Mr Krod said that he has confidence in measures used by the government to control any further outbreak of the virus.

He added that most people in Hua Hin have now been vaccinated against COVID-19 and added that both business owners and locals should not panic following the discovery of the omicron cases.

Mr Krod said that he disagreed with the government’s move to suspend the Test & Go programme that allowed vaccinated foreign tourists to visit Thailand without the need to quarantine. However, he said that he understood the reasons why the government decided to cancel Test & Go until at least 4 January.

Meanwhile Udom Srimahachota, Vice President of the Thai Hotels Association Advisor to the Hua Hin-Cha-Am Tourism Business Association said that it is important that public health officials determine exactly where the tourists were infected with the omicron variant.

Mr Udom pointed out that the tourists had already been in Thailand for at least three weeks and had undergone all the necessary testing required for a tourist to enter the country.

Mr Udom said it could be that omicron has a longer incubation period before symptoms are shown.

Mr Udom said that health officials need to ascertain whether the British tourists were infected with the variant in the UK or after their arrival in Thailand.