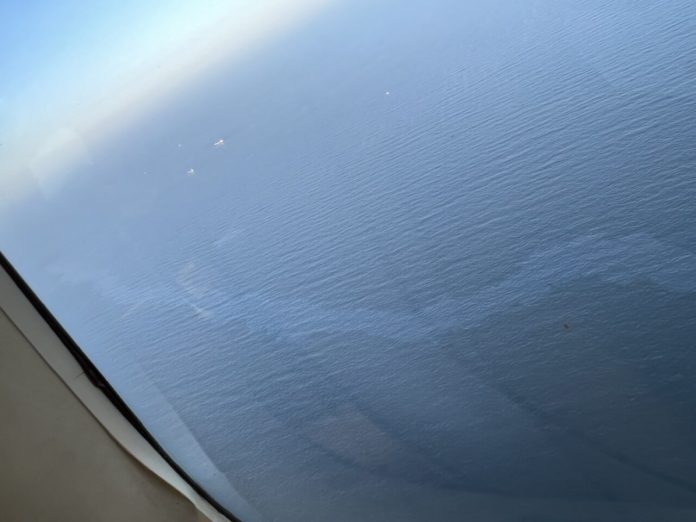 The Marine Department and Royal Thai Navy have launched an operation to stop an oil slick from washing up on beaches in Prachuap Khiri Khan.

The slick is the result of oil leaking from the Por Andaman 2 tanker that sank 24 nautical miles off from Mueang District in Chumphon on Saturday evening.

The tanker was carrying 500,000 litres of diesel oil when it sank, officials said.

The oil slick is drifting in a northerly direction towards the coastline in Pathiu district in Chumphon, as well as the coast in Bang Saphan Noi, Bang Saphan and Thap Sakae in Prachuap Khiri Khan, Deputy Transport Minister Athirat Rattanaseth has said.

The Marine Department and Royal Thai Navy deployed booms and used dispersants in a bid to contain the slick, which is approximately 10 kilometres long.

Officials said that all crew members of the sunken tanker had been rescued.

However, strong winds and rough seas had prevented the tanker from being salvaged.

The location around the sunken tanker has been declared a dangerous zone and is off limits to any other vessels which are not involved in the clean up operation, officials said.