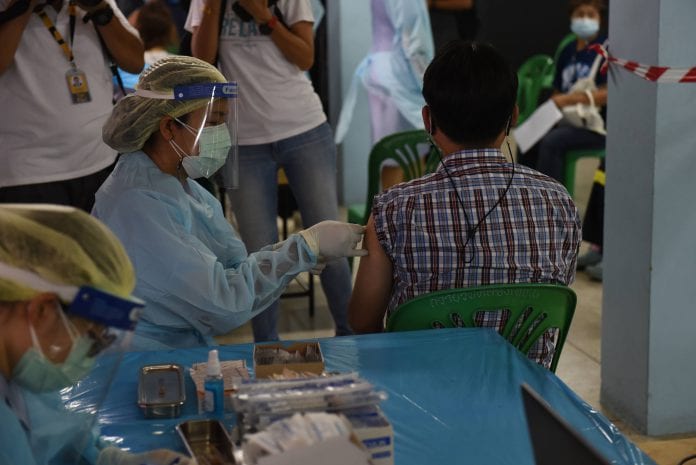 On Monday, July 5, the province will receive a further 2,400 doses of the AstraZeneca which will be given to people who are next in line to receive the vaccine. People can check on the Facebook page of Prachuap Khiri Khan Provincial Public Health Office or Hua Hin Hospital if they will be included in the vaccine rollout on July 5.

As for the overall COVID-19 situation in the province, health officials said the situation remained under control, despite a recent rise in new cases.

Officials added that while cases are still being detected periodically in quarantine facilities within the factories, the outbreak located at the Surachai Poultry Foods in Hua Hin is starting to improve with the number of new infections having decreased considerably.

Meanwhile, officials have also announced that the vaccine rollout to teachers in Hua Hin and throughout the province has been accelerated, with many teachers receiving their first dose of the vaccine on Monday and Tuesday (June 28 & 29).