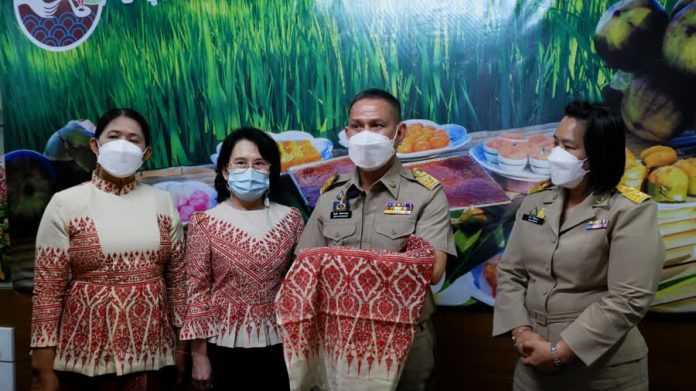 The governor of Phetchaburi has unveiled the province’s official identity fabric pattern.

At a meeting held on Monday (Jan 24) Mr. Nuttawut Petchpromsorn, Governor of Phetchaburi and other relevant officials met at Phetchaburi City Hall to decide on the official fabric pattern which will be used for ceremonial events.

The patterned fabric will be inspired by Yai Suwannaram Temple in Phetchaburi and will also be used on goods and souvenirs. Assoc. Prof. Dr. Kanchana Boonsong, Dean of the Faculty of Education, at Phetchaburi Rajabhat University, said the pattern from Yai Suwannaram Temple is considered to be an  exquisite art.

Officials said they will look at other temples and cultural sites to see if any other patterns could be used in an official capacity.

Phetchaburi is known throughout Thailand as an artisan city and in November was recognised UNESCO Creative Cities Network as a Creative City of Gastronomy.