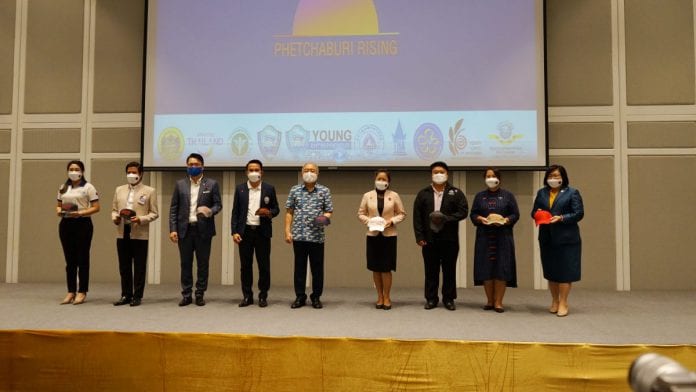 Phetchaburi will reopen to foreign tourists later this year but only if 70 percent of the local residents have been vaccinated against COVID-19.

On Friday (June 18), officials from public and private sector unveiled the Phetchaburi Rising project at an event held at the Dusit Thani Hua Hin.

Founded by Khun Phanthat Hiranjirawong, President of the Phetchaburi Chamber of Commerce, the Phetchaburi Rising project aims to welcome back foreign tourists during the fourth quarter of 2021, in line with the Thai government’s plans to reopen the country on October 1.

Under the Phetchaburi Rising project, the province is aiming to have vaccinated 70 percent of the local population – 351,978 people out of the province’s 502,825 residents – by the of August.

Hitting the vaccination target will help build confidence among both Phetchaburi residents and tourists, officials said.

The vaccine rollout among Phetchaburi’s factory workers will also be accelerated.

In Phetchaburi, there are more than 300 factory operators, both small and large, that  employ more than 65,000 workers who are included in Thailand’s social security system.

The goal is to vaccinate at least 40,000 workers as part of the Phetchaburi Rising project.

Phetchaburi’s factories have been the source of number of virus clusters, including one at the Cal Comp electronics factory which has resulted in more than 6,000 infections.

Meanwhile, the Phetchaburi Tourism Business Association said it is also preparing for tourism personnel and enterprises to join the Amazing Thailand Safety and Health Administration (SHA) Plus Certificate program.

To be SHA-certified a venue or business must inoculated at least 70% of its staff members.

Some 35,000 workers in the tourism sector in Phetchaburi will be vaccinated, officials said, including those working in hotel, restaurants, traditional massage shops, spas, and souvenir shops.