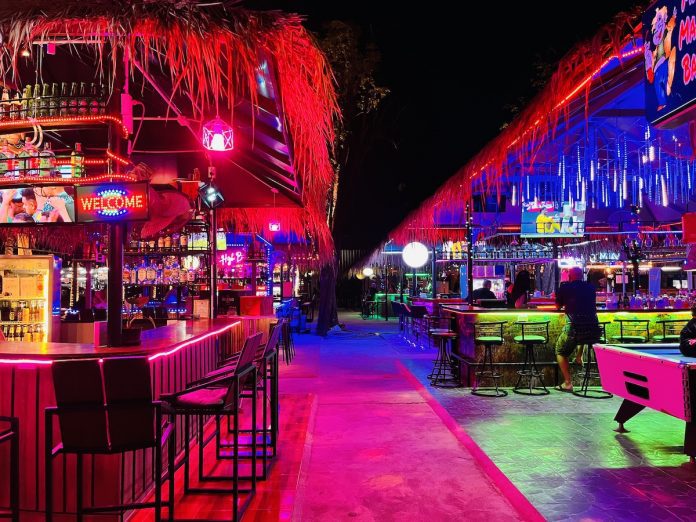 The complex is home to approximately 40 bars and is similar to the Wonderland bar complex, which is located nearby.

In addition, located opposite the new complex, another smaller beer bar complex is also in the process of being constructed.

Named The Nice 94, it will be home to approximately 30 bars and a VIP area.

The opening of the new complexes only further help to establish Soi 94 and the surrounding area as the main location of Hua Hin’s nightlife entertainment scene.

Previously, Soi Bintabaht and the surrounding sois were home to Hua Hin’s ‘bar scene’ but increasingly bar owners are now relocating to Soi 94.

The once thriving Bintabaht area has been in steady decline for several years.

A lack of tourists due to the pandemic and high rental costs only helped to accelerate the decline.

In its heyday, the monthly rental cost of even a small bar around Soi Bintabaht would be upwards of 80,000 baht per month, in addition to the million baht plus needed for ‘key money’.

The bars located in the complexes located off Soi 94 are available for just a fraction of that.

In contrast with Soi Bintabaht, Soi 94 has continued to grow despite the most challenging of times.

As well as bars, the soi now boasts a wide range of massage shops, restaurants and coffee shops.