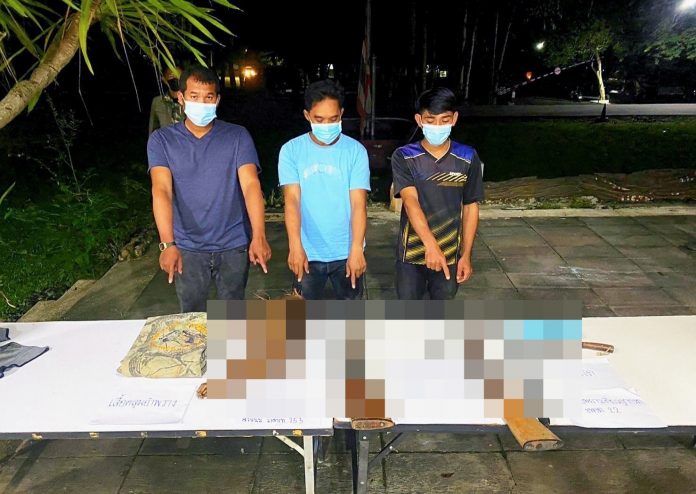 Officers from the Forest Protecting Operation Centre (FPOC) arrested the three men at an address in in the Nong Phlap area of Hua Hin last week.

Mr. Pichai Watcharawongpaiboon, the Director of the Office of Conservation Area 3, Phetchaburi Branch said the men were charged with hunting endangered animals and the possession of firearms and ammunition without permission.

Prior to the arrest, officers had been informed by villagers that they had seen frequent sightings of gunmen hunting wild animals in the area. They all testified that they had gone hunting and found a stumped tailed macaque, which they shot and were about to sell it.