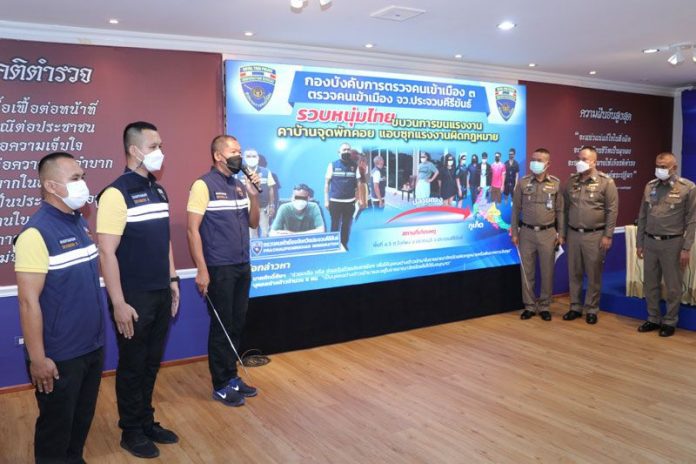 Naew Na said that migrants were moving into the area illegally then being moved on to work in places like Phuket, Surat Thani and Bangkok.

They would go to a holding house in the area and wait before being transferred to another vehicle for onward journeys.

An investigation led to a house in Moo 3 of Wongpong sub-district in Pranburi where voices were heard and they were not speaking Thai!

Sakchai, 54, was the house owner and staying with him were five illegal entry Cambodians and one from Myanmar.

Biometrics revealed they had not entered Thailand legally.

Sakchai admitted that a friend of his had given him 1,500 baht for each migrant he housed.

He was charged with aiding and abetting illegal migration and the migrants were charged with illegal entry into the kingdom.

Immigration are expanding the inquiry to get to the ringleaders.

The little known viewpoint that gives you unrivaled views over Hua...

Is my airbag safe? Car drivers in Thailand urged to check...