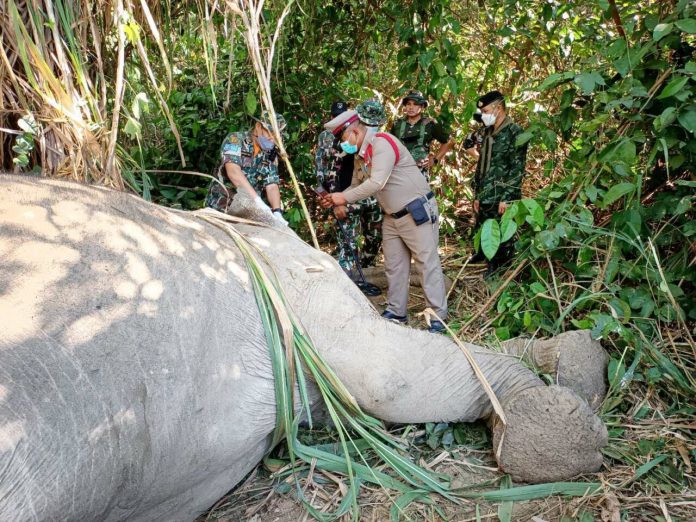 Police have called in the help of forensic experts as the investigation into the death of an elephant in Kaeng Krachan National Park intensifies.

On Saturday (Jan 22) officials confirmed the death of the 60 year old elephant, known as “Grandfather of Pala-U”, who died after having been shot more than 120 times.

The elephant was discovered two weeks earlier with more than hundred bullet wounds all over its body.

Veterinarians had been treating the elephant, which eventually succumbed to sepsis as a result of its wounds. It is believed the elephant had been rejected or become separated from a younger herd.

The elephant is thought to have strayed onto farm land to feed off the crops.

Police have now sent the bullets recovered from the elephant for forensic analysis in a bid to identify those responsible.

Meanwhile, Mr. Itthipol Thaikamol, the Head of Kaeng Krachan National Park, said that around 180 elephants are residing around ​​Huai Sat Yai and Pala-U in Prachuap Province.

Mr Itthipol said that if the elephants ever wander on to people’s property they should contact park officials and not try to take matters into their own hands.