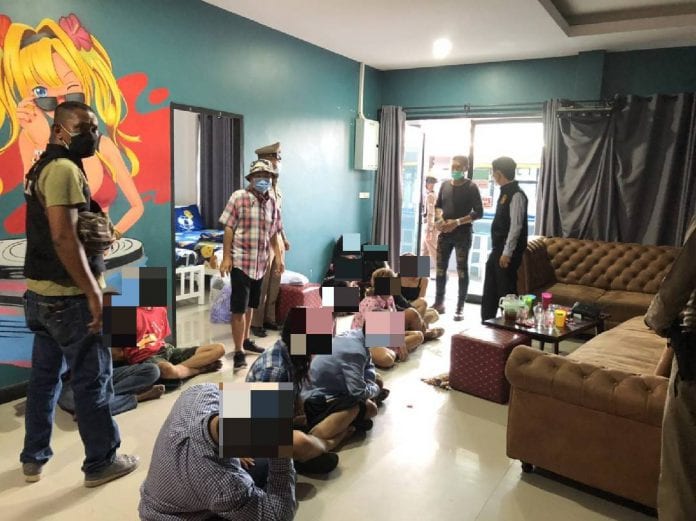 A pool villa in Cha Am where fourteen people were arrested following the discovery of drugs and firearms has been ordered to close for 14 days.

The Like Pool Villa located in Chat Phee was the subject of a closure order issued by Cha Am District Chief Pakphat Songwatanayuth on Sunday (July 11).

The villa was the venue of a party held on Friday night which was later raided by Cha Am police following a tip off regarding suspected drug use. The raid resulted in 14 people at the property being arrested, while a large quantity of drugs and 3 guns were also discovered.

The villa is one of a number of so-called ‘party villas’ located on the same soi. The villas are typically rented out at weekends and during holidays to groups from Bangkok.

The owners of the Like Pool Villa face fines of up to 20,000 baht for being in breach of Communicable Disease Act B.E. 2558 by allowing an unauthorised gathering on their property.

The Like Pool Villa will undergo cleaning and be disinfected as a measure against the spread of COVID-19.