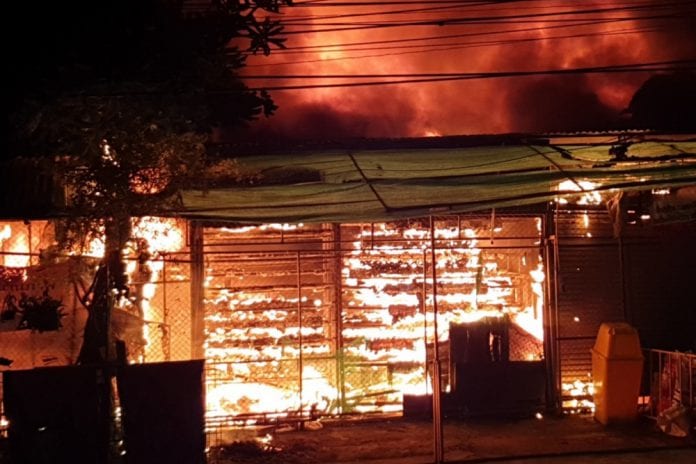 Sept 10 – An early morning blaze has destroyed 6 shop houses at Phitakchat Road in Prachuap Khiri Khan. It was believed that the fire has originated from one of the shops selling plastic products.

More than 20 fire trucks and 50 firefighters rushed to the scene including rescue teams from Sawang Prachuap Thamasathan and Pranburi Sawang Phaisan.

The flame quickly spread inside the 6 shop houses, which is a 4-storey commercial building, as hundreds of bystanders watched the firefighters bring the blaze under control. Supatra also said that every evening before closing the shop, she would leave 5 lights on the entire night, but doubted that it could have caused the fire.

It was estimated that the damage was more than 50 million baht. Authorities are still investigating the real cause of the fire.