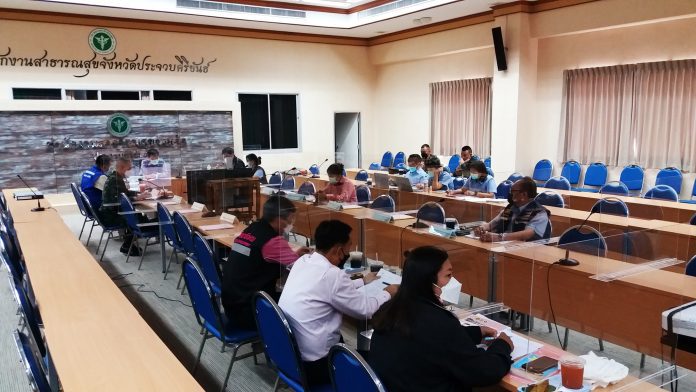 Health officials in Prachuap Khiri Khan province are stepping up efforts to contain a number of COVID-19 clusters in two districts where cases continue to be discovered.

Since October 13, the province has reported more than 100 new cases per day.

Most of the newly infected cases are being found in two districts: Hua Hin and Pranburi.

Most recently, cases found in Hua Hin have been linked to a cluster found at Nong Khon Market, while in Pranburi, clusters have been found at factories and worker’s camps.

The meeting also heard the progress of vaccinations in the province.

Meanwhile, the governor reiterated that entertainment venues, pubs, bars, and karaoke are still closed and customers are not allowed to drink alcohol in restaurants or beverage shops, including in Hua Hin and Nong Khae districts.