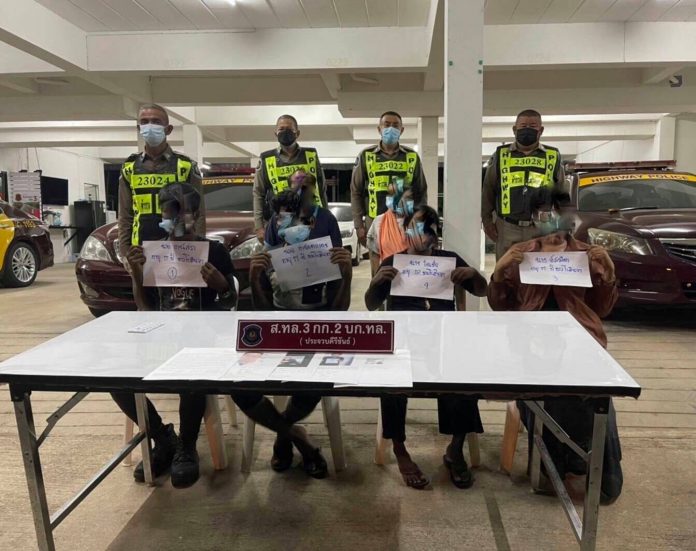 Prachuap Highway Police officers on Friday announced the arrest arrest of a Thai man and his female accomplice on charges of smuggling four migrant workers.

Police believe the suspects are part of a larger people smuggling network.

Pol Lt Col Komsan Wannasakul said his officers arrested 57 year old Jarubutr Praditdond and a female friend on charges of concealing or helping by any means and allowing aliens to illegally escape into the Kingdom of Thailand.

Mr Jarubutr’s Toyota Vigo pick up truck was pulled over on the Cha Am-Pranburi bypass road in Thap Thai.

When searching the back of the pickup truck, 4 Rohingya, Myanmar nationals aged between 17 and 20 years old were found hiding in the back under a sheet of with tarpaulin. Mr Jarubutr told officers he brought workers from Bangkok tand was told to drop them off in Prachuap Khiri Khan. He then said the workers would be collected by someone else and taken over the border to Malaysia where they would get work.

Mr. Jarubut confessed that this was the second time he had made such trip, for which he was paid 10,000 baht per time.

However, officers doubted Mr. Jarubut’s version of events and after checking his smartphone and call records believe he is part of a larger network involved in people smuggling operating throughout the country.

The two suspects were taken into custody at Hua Hin police station.