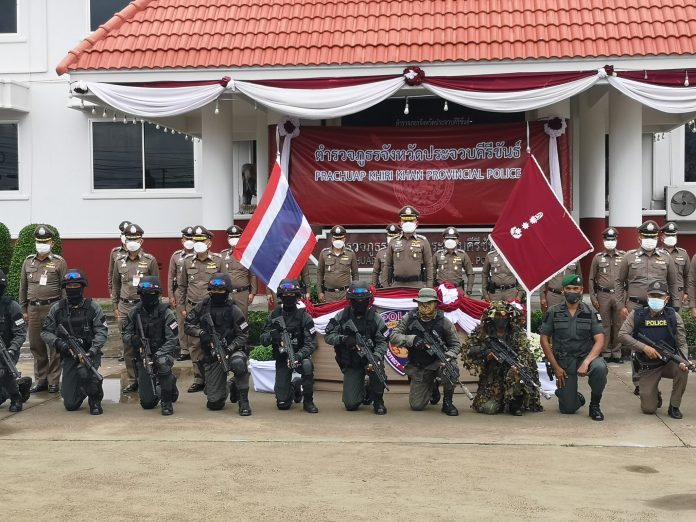 The drill, which simulated a hostage situation at a gold shop, was observed by provincial police chief Pol.Maj.Gen. Wanchai Tharanatham.

Officers from Region 7 took part in the drill along with the province’s special operations unit known as the Black Lion Unit, who were able to demonstrate their proficiency in using a variety of weapons including long range rifles, shotguns and explosives.

The simulation of a hostage situation at a gold shop was chosen for the drill as other provinces have experienced robberies at gold businesses.

During the drill a suspect broke into a gold shop and took members of staff hostage at a nearby house. A car chase was also simulated before the suspect was surrounded and the hostages freed safely.

Head of the Provincial Police Region 7, Pol Lt. Gen. Thanayut said it is important officers carry out such drills in order to maintain the safety of members of the public and officers should such incidents occur in real life.

Meanwhile, Pol Lt. Gen also ordered officers at 104 police stations in the province to step up surveillance of criminals or recently released inmates.

He said that all provincial police stations will form part of a network dubbed the ‘pineapple eye network’ that will enable them to quickly share information about suspects via a Line group.

Pol Lt. Gen. Thanayut also suggested that all local business owners install CCTV at their premises so that suspects can easily be tracked and prosecuted if an incident occurs.