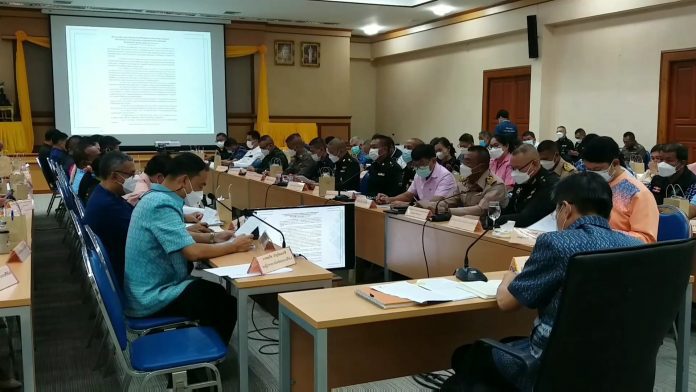 Despite what feels like an increased amount of rainfall in recent weeks, the region’s reservoirs are some way off full capacity.

In many other areas of Thailand, concerns have been raised about the dangerously high levels of water in many major reservoirs.

Officials met to formulate a plan for dealing with disasters during the monsoon season from October to December.

Mr. Sathien spoke of the need to prevent problems before, during, and after disasters take place.

He said it was of particular importance to keep people updated and alert those living in high risk areas.

In areas where flooding is common, including at bridge underpasses, public warning signs will be displayed to help prevent accidents and to try and prevent people from driving their vehicles into flooded areas.