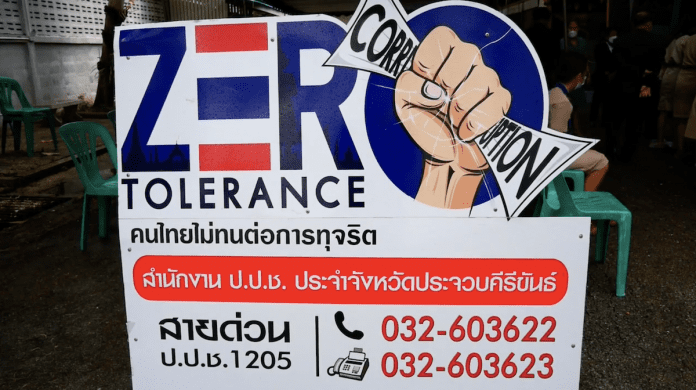 Prachuap officials this week stepped up efforts to fight corruption with the opening of a new learning centre.

The STRONG Learning Centre – Self-Sufficiency Against Corruption was formally opened on Thursday (Feb 17) by the Office of the National Counter Corruption Commission (NACC) in Prachuap Khiri Khan.

The opening of the centre was presided over by provincial governor Sathien Charoenruen and Ms. Jutharat Luengpermsakule, Director NACC in Prachuap Khiri Khan Province.

The centre will work to offer education and information on issues such as fraud prevention and preventing conflicts of interest as well as creating a platform for people from all walks of life to participate in the fight against corruption.

The centre has established what officials are calling four key learning bases:

The aim is to encourage people to recognise the seriousness of corruption and to increase their proactive anti-corruption results in Prachuap Province.