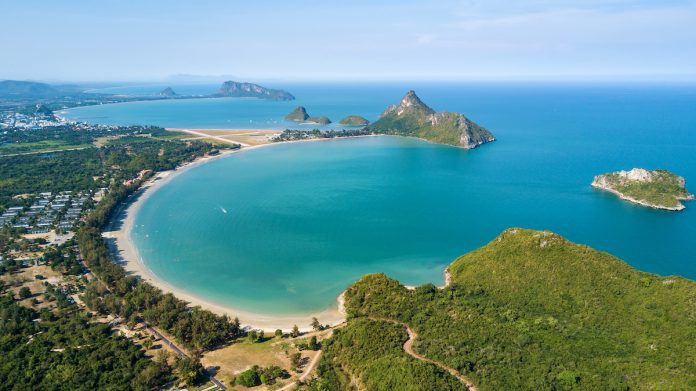 On Friday (Feb 4) Acting Second Lieutenant Adisak Noisuwan, Deputy Governor of Prachuap Khiri Khan Province chaired a meeting regarding the holding of the event, which will be titled “The Miracle of the Three Bays City and the Red Cross Fair for the Year 2022”.

The event’s aim will be to stimulate the local economy and circulate some of the revenue made from tourism to other areas of the province.

As previously reported by Hua Hin Today, this is something which is top of the agenda for provincial officials, who are trying to develop a more sustainable tourism industry which would allow other areas of the province to benefit from tourism, rather than just Hua Hin and Pranburi, which receive the bulk of the income from tourism currently. The meeting heard some of the concerns from local vendors who stressed that similar events held in the past had caused them to actually lose money due to the exorbitant fees charged to rent a booth at the event.

A lack of sufficient toilets and problems with the monkeys who live at Khao Chong Krachok also caused issues for vendors at events held in the area in the past.

Vendors were told that areas will be set up to allow them to trade and that the areas will not obscure the view of Prachuap Bay.

The event must also not disrupt traders at the Prachuap Bay Walking Street Market, which takes place every Friday and Saturday, as well as the traders permitted by the municipality to trade on the Prachuap Bay sidewalks on Sundays and Thursdays.

Organisers said they will also plan a series of events that will be unique and significant enough in order to attract people from outside the province.