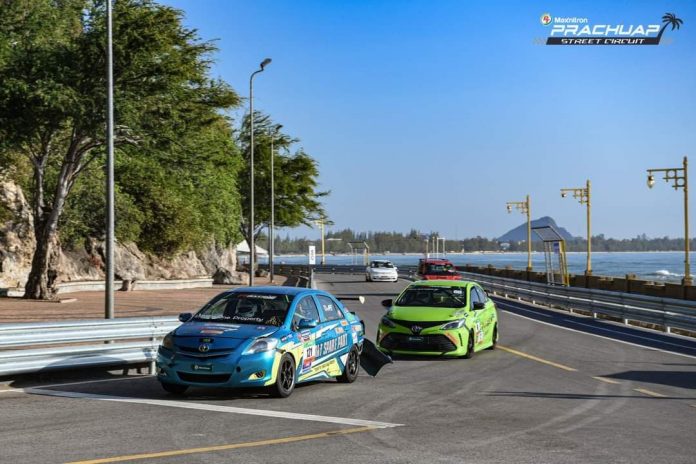 The PT Prachuap Grand Prix 2022 which had been due to take place in Meuang Prachuap in October has been cancelled, the event’s organisers have announced.

During a press conference held on Friday (Sept 9) Mr. Silp Theeranit, Managing Director of S63 Project Company, and in his role as chairman of the flat road car competition for organisers PT Maxnitron Racing Series 2022, confirmed the cancellation of the event.

The race, which would have seen the streets around Khao Chong Krachok and Prachuap Bay turned into a street racing circuit, was due to take place between October 19-23.

However, the race will no longer take place in Prachuap and will instead be moved to Korat.

Mr. Silp explained that a scheduling clash forced the cancellation of the race.

On October 23 the Piya Maharaj ceremony in honour of His Majesty King Chulalongkorn is due to be held at City Hall, which is located next to the race circuit.

Therefore it was deemed to be inappropriate to host the race at the same time as what is an important state ceremony.

Mr. Silp Theeranit confirmed that the organizers of the competition do not have any conflicts with Prachuap Khiri Khan and are willing to cooperate with the province in all respects.

They still intend to hold the race in Prachuap again in the future and still aim for it to become an annual event.

The race was previously held in 2020 but without spectators due to COVID-19 restrictions.