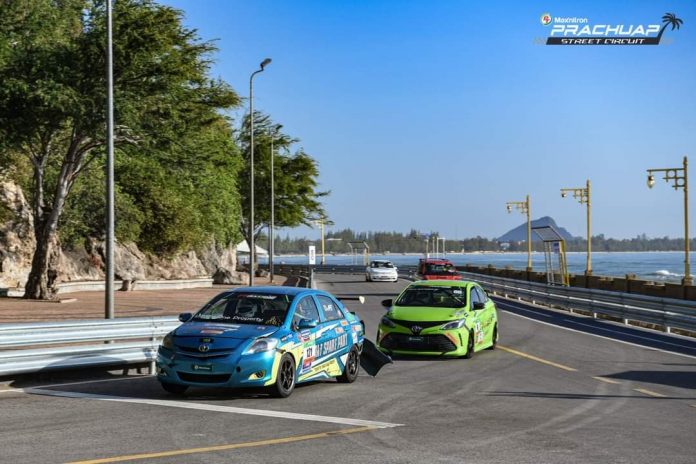 Motor racing is set to become an annual event in Prachuap Khiri Khan, Phiphat Ratchakitprakarn, Minister of Tourism and Sports has announced.

Speaking on Saturday (Jan 22) at the opening ceremony of the PT Prachuap Street Circuit, a motor racing event which is being held around the streets of Prachuap Bay in Meuang Prachuap, Mr Phiphat revealed plans for the event to become a major tourist attraction which will be held annually in the province.

Mr Phipat said that hosting the event will help to boost tourism and the local economy.

Despite being closed to spectators, this year’s event has still attracted more than 3,000 racers and support crew to Prachuap Bay.

Everyone taking part or working at the event has been fully vaccinated and reported a negative ATK test.

Mr. Nattawat Suwannawa, manager of the nearby Hadthong Hotel in Mueang Prachuap said his hotel was fully booked from race staff and support crew staying there this weekend.

Previously, officials had said that 20,000 spectators had been expected to attend the event, which would have generated an estimated 100 million baht for the local economy.

However, as a precaution against COVID-19 the decision was taken to close this year’s event to spectators.

The event, which ends on Sunday (Jan 23) is being live streamed on organiser’s PT Max Nitron Motorsport Facebook page.