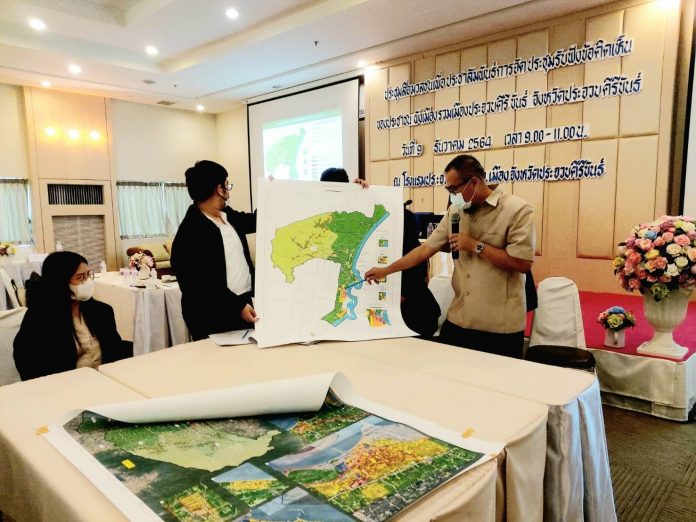 The Department of Public Works and Town & Country Planning will hold a meeting on Monday (Dec 13) to gather public feedback regarding the development of Prachuap Khiri Khan.

The public hearing affords members of the community an opportunity to have their remarks, concerns, or support regarding the development of Prachuap Khiri Khan.

On the agenda includes how national infrastructure projects such as the Thailand Riviera and the dual track railway will impact the local area.

While the projects have been highlighted as a potential boon for the province, consideration will be given to communities located close the train stations, rail lines and other areas earmarked for major development.

The hearing will also aim to establish a comprehensive plan for the Prachuap Khiri Khan with regards to future development that will not only work alongside but also support the major projects that are currently being developed in the area.

At the forefront of the agenda are plans to support community growth and tourism, planning for efficient transportation networks, and the conservation of precious resources in order to maintain the area’s identity.

The hearing will be aired via Facebook Live and Zoom Meeting and will hear suggestions about the development of Prachuap Khiri Khan.

Residents and stakeholders in the area are invited to share their ideas and suggestions for improving Prachuap Khiri Khan City Planning so that it may better meet the demands of all sectors and the people living there.