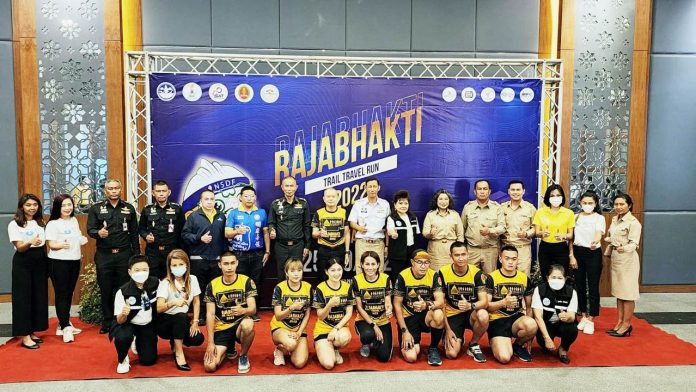 Hot on the heels of the Hua Hin Sunset Run at Khao Tao, Hua Hin is getting ready to host another major running event.

The Rajabhakti Trail Travel Run 2022 is set to take place on September 25 at Rajabhakti Park. The event is limited to 2,000 participants, with registration for the event having already closed.

The event is being organised by the Army Office of Tourism Promotion to promote tourism at locations which fall under the jurisdiction of the military, as well as helping to showcase Prachuap Khiri Khan Province and the surrounding area as a destination for sports tourism.

The Rajabhakti Trail Travel Run 2022 will be held just weeks after the Hua Hin Sunset Run which was took place in Khao Tao on Sept 9.

The run was organized with the aim of promoting the Khao Tao Reservoir and honor King Rama IX.