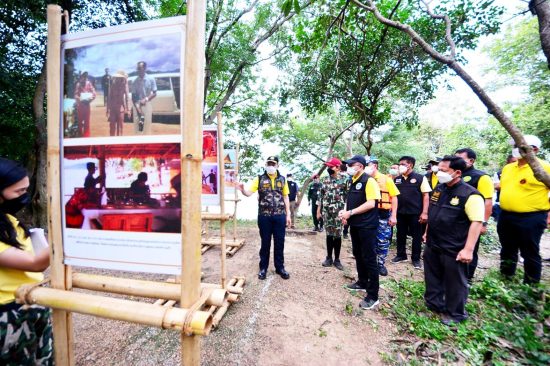 The Ministry of Natural Resources and Environment has released details about the renovation an island in Kaeng Krachan Dam known as Koh Phlapphla or ‘Royal Island’.

Dr. Yuthaphon Angkinan, Advisor to the Minister of Natural Resources and Environment, has carried out the restoration of Phlapphla island at Kaeng Krachan, Phetchaburi, which used to be visited by the late Majesty King Rama IX.

When His Highness visited Kaeng Krachan Dam in 1973 and 1975, the people of Phetchaburi would use the island to greet His Majesty, King Bhumibol Adulyadej and the other members of the Royal Family.

However, following a recent inspection, it was found that the condition of Koh Phlapphla had deteriorated. Therefore, the associated departments coordinated to develop and restore in time for Father’s Day which is celebrated on December 5th.

As well as paying tribute to His Majesty King Rama IX, it is hoped the island will also become an attraction for both Thai and foreign tourists.