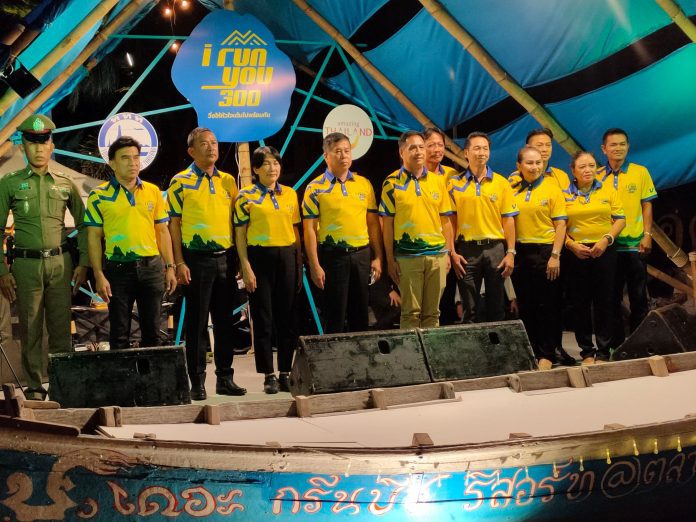 The event features running and cycling races, as well as three days of special activities.

The running event, registration for which was still open at the time of publishing, will see runners compete across three distances: 3km, 5km, 10km on Sunday (Oct 9).

On Saturday (Oct 1) the official press conference for the event was held at the Long Lae market area of Sam Roi Yot beach.

Mr. Archawan Kongkanat said that TAT has collaborated in organizing this event and similar activities in order to promote sports in Prachuap province.

Mr. Archawan said the event will help to drive the economy and tourism in the region because there are a lot of people, which will result in the creation of extra economic value. According to Mr. Udomsuk Nimsian, this activity is part of a campaign to encourage young people and the general public to get active, be healthy and exercise.

Mr. Udomsuk added that Sam Roi Yot District has many natural attractions which are well worth visiting for anyone attending the event, including Phraya Nakhon Cave, Bueng Bua Khao Sam Roi Yot, and a canal cruise to study the nature route, watch local birds, and various aquatic plants.

The three days of activities include food fairs and local community shops from the province, as well as a Food Truck zone, a tree market with various types of trees for nature lovers to see and buy, and a terrarium workshop.

There will also be live music from well known artists including the MUSKETEERS (Oct 7), the “Yes’sir Days” (Oct 8) and Palaphol (Oct 9).