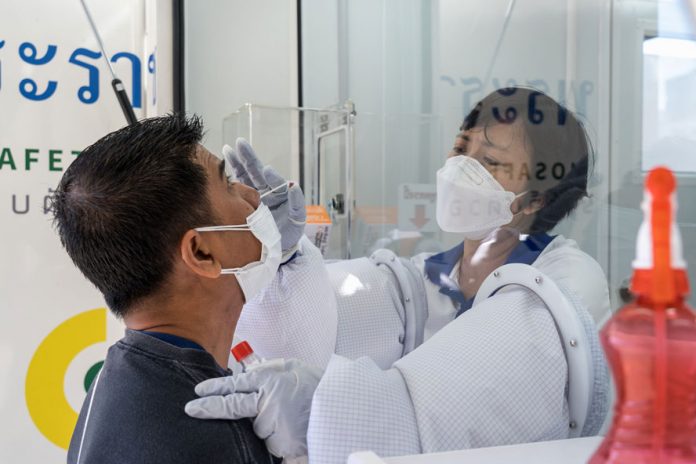 Of the infected cases in Kui Buri, 93 came from clusters at fruit canning factories, while 13 were found among workers at shrimp farms. A new cluster was also found at meatball factory an ice making plant in Pran Buri.

Meanwhile, 121 people were also discharged from hospital or quarantine having made a full recovery.

Of the 9,830 cumulative total cases in the province, 1,028 are currently receiving treatment in hospital or are staying in quarantine, while a total of 9,300 have made a full recovery and have already been discharged.

Health officials say 45 patients are currently in a serious condition in hospital, while 191 others are in what is described as a moderate condition.

Health officials also reported a total of 410,799 vaccine doses have been administered in the province. 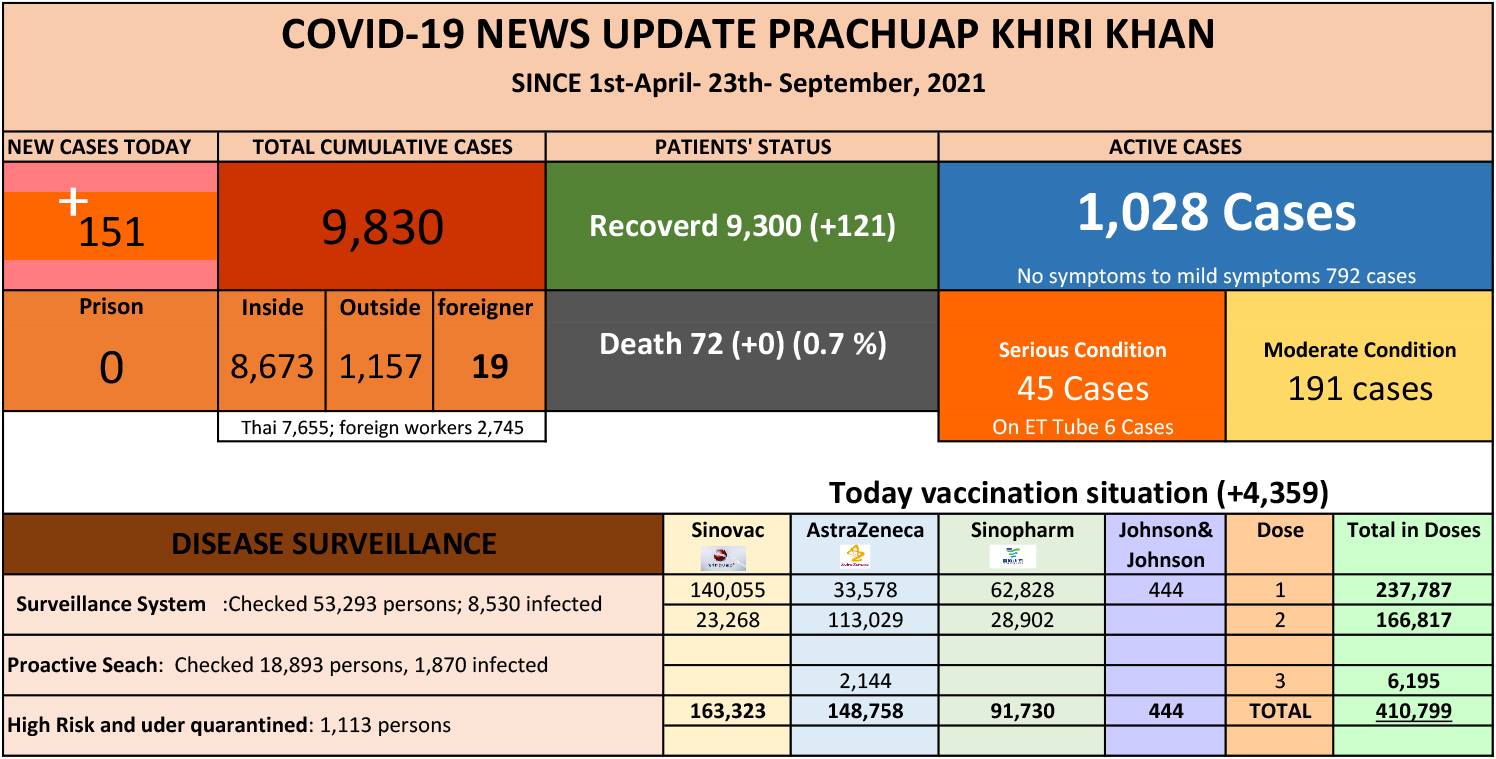